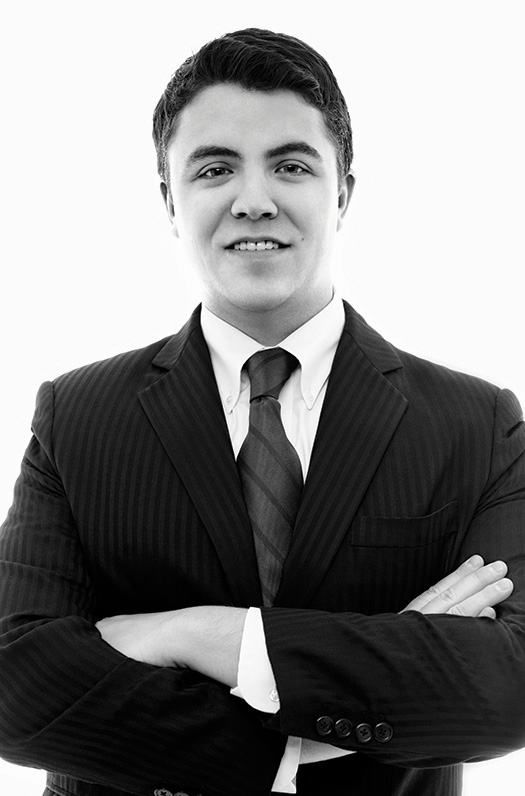 Andrew J. Ungberg is an experienced IP and media lawyer serving clients in the television, film, and video game industries.

An associate in the Entertainment and Interactive Entertainment Groups at Frankfurt Kurnit, Mr. Ungberg counsels creative clients in a range of technology and media-related industries.

Mr. Ungberg advises content creators and distributors on legal issues that impact creative projects including copyright, trademark, defamation, and the rights of privacy and publicity. He regularly reviews television, film, print media, and web content for legal risk, counsels on fair use issues, and advises clients on errors and omission (E&O) insurance. In addition, Mr. Ungberg negotiates and drafts the agreements, licenses, and releases necessary to develop and produce creative projects for distribution.

A life-long gamer, Mr. Ungberg also advises video game industry clients ranging from small indie developers to some of the largest publishers and game studios. He counsels game clients on tech transactions, IP asset acquisitions, content licensing, and development and distribution deals. Mr. Ungberg also advises on game-specific legal issues, including the use of real-world objects, locations and architecture in virtual worlds, and the design of virtual currency systems.

Mr. Ungberg is a frequent speaker on media law issues affecting the television, film and video game industries. He has presented at the annual DOC NYC festival, the Media & the Law Seminar at the University of Kansas, and the Video Game Bar Association (VGBA) Business & Legal Summit North. He is a member of the Media Law Resource Center (MLRC), the VGBA, and the Communications & Media Law Committee of the New York City Bar.

Mr. Ungberg has also represented media clients in complex commercial litigation in federal court. Among other matters, he defended digital media companies from copyright claims arising from news articles, social media posts, and viral videos; defended an Oscar award-winning documentary film producer against right of publicity and copyright infringement claims; represented a leading advertising agency in a case to stop the infringement of its luxury fashion ad campaign; and was a member of the trial team representing Hasbro, Inc. in a lawsuit over the motion picture rights to the famous Dungeons & Dragons role-playing game.

Prior to joining Frankfurt Kurnit, Mr. Ungberg worked at Cleary Gottlieb Steen & Hamilton LLP. He is admitted to practice in New York State.

-Editor-in-Chief of the Harvard Journal of Law & Technology Vol. 23

Andrew Ungberg moderates “Media and Tech Preview 2020” during a panel discussion for Gotham Media on what's likely to occur over the next 12 months in media and technology.

Sean F. Kane and Andrew Ungberg are on the panel “What is Real? Use of Real-World Items in Games and Rights of Publicity” at the Video Game Bar Association Summit North in Seattle. More information here.

Andrew Ungberg presents at the University of Kansas’ Media & the Law Seminar.

Andrew Ungberg presents "Games of the Boom" for the University of Kansas' Media & the Law Seminar. Read more.

Andrew Ungberg spoke on a panel discussing changing trends in copyright litigation, the rise of copyright “trolls” and what small media organizations can do to both reduce the chances that they are targeted with one of these strike suits, and what they can do to defend if they are sued at the Newspaper Association Managers Legislative Conference in Washington DC.

IP Rights in the Video Gaming Industry: Protecting and Defending Your Game’s IP

Andrew Ungberg speaks on a panel on 'IP Rights in the Gaming Industry' for Strafford Webinars. For more information or to register, please click here.

Andrew Ungberg leads a workshop to help filmmakers understand and navigate common legal issues they might face over the life cycle of film production, with a focus on contracts and fair use for the Video Consortium.

Law360 mentions Edward H. Rosenthal and Andrew Ungberg as counsel to Scholastic in a trademark infringement case with Springboards to Education Inc. (Behind paywall) View Article

If you're an online publisher or other internet service provider ("ISP") that relies on moderators to police or curate user-generated comments or other content, your risk of liability for copyright infringement just increased. Read more.

Biometric data — from, e.g., retina, face and fingerprint scans — plays a big role in the current wave of new technology services. For example, biometrics provide security features for financial and healthcare products. But companies using or thinking of using biometric data have to comply with myriad privacy and data security laws and regulations, or face potential enforcement action and litigation. Read more.

The New York Law Journal published Brian Maas, Caren Decter and Andrew Ungberg’s essay about the disconnect between the government’s forfeiture powers and a victim’s right to restitution. (Article behind paywall) View Article

In the US, attorneys' fees generally are not available to the winning party unless authorized by statute or the parties have agreed to permit a fee award. Copyright law is one area where fee shifting is permitted, and courts have discretion to award a "reasonable" fee to the winning party. How do courts decide? Read more.

When the Supreme Court Closes a Door, It Opens a Window

Craig B. Whitney and Andrew J. Ungberg's article, "When the Supreme Court Closes a Door, It Opens a Window: Over One Year Later, Aereo May Help Put the Cloud Back on the Court’s Horizon" is featured in Landslide, a publication of the ABA Section of Intellectual Property Law. Read more.

There was a big development in the closely followed Davis v. Electronic Arts, Inc. case - a case focusing on the alleged unauthorized use of player images and likenesses in the popular Madden NFL video game series. Read more.