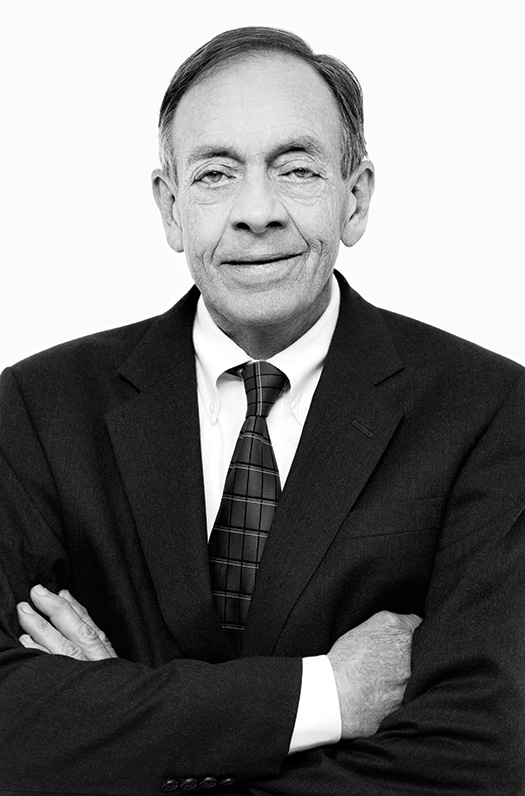 Bernard C. Topper, Jr. serves as counsel and brings years of experience in senior tax positions at law and accounting firms, as well as corporations.

He focuses on tax in business transactions and affairs. Mr. Topper has worked extensively on business strategic tax planning, tax structuring of business combinations and tax advantageous financings. His work in these areas runs the gamut from assisting start-up and early stage companies and creative talent to representing a multi-national bank in an acquisition to form the world's largest bank.

Mr. Topper also focuses on the entertainment industry. He advises film and television production companies and creative talent in such areas as structuring productions to take advantage of tax credits and other financial incentives, cross-border investments in films and other entertainment activities, and the taxation of U.S. and non-U.S. talent in cross-border productions and performances, including withholding. He has spoken on film finance to members of the Producers Guild of America, the Foundation of Accounting Executives, and other groups. He co-authored the U.S. Incentives chapter of the Film Finance Handbook: How to Fund Your Film (Netribution, 2007).

Prior to joining Frankfurt Kurnit, Mr. Topper’s experience included positions as a partner at KPMG where he served as the Partner-in-Charge of its Northeast M&A Tax Group and a member of KPMG's Northeast Tax Leadership Group, a tax partner at Milbank, Tweed, Hadley & McCloy in New York City and senior tax and legal positions at Sprint Corporation and GTE Corporation. Mr. Topper has also served as Chairman of various American Bar Association tax committees. He is admitted in New York (1971) and Pennsylvania (1967).

The Taxpayer Certainty and Disaster Tax Relief Act of 2019 (the "Act"), signed into law on December 20, 2019 as part of a spending bill to fund the government through September 2020, repeals the notorious "nonprofit parking tax" and simplifies the excise tax on private foundation investment income. Read more.

Background. On August 8, 2018, the IRS issued proposed (not final, but taxpayers can rely on them currently) regulations (the "Regulations") intepreting the 2017 Tax Cuts & Jobs Act's new rule under which an individual taxpayer may deduct up to 20% of his income from a domestic business operated as a sole proprietorship or through a partnership (including an LLC taxed as a partnership) or S corporation (a "pass-thru business"). With this 20% deduction, the effective federal marginal tax rate on an individual taxpayer's qualified business income (assuming he is otherwise subject to the maximum 37% tax rate) is 29.6%. The deduction is available through 2025. Read more.

The new tax law, commonly referred to as the Tax Cuts and Jobs Act (the "Act"), contains some good news for producers of motion pictures, television programs and live theatrical shows (each a "Production") and their investors. Read more.

As you probably are well-aware by now, the U.S. Congress recently passed H.R. 1 (commonly referred to as the Tax Cuts and Jobs Act of 2017) (the "Act"), and the President signed the Act on December 22, 2017. The Act embodies the most significant and sweeping changes in U.S. tax law since 1986. Read more.

The New York film production tax credit is often a crucial piece of the financing for a film. But the rules governing qualification of expenses are strict. Read more.

Tom Selz and Bernie Topper are quoted in Backstage about the extension of Section 181 of the Internal Revenue Service tax code. View Article

A new law, signed by the President on December 18, extends Section 181 of the Internal Revenue Code for film and television and expands it to cover live stage productions. Read more.

Half a Loaf of Sec. 181: What Congress’s “Extension” of Expiring Tax Provisions Really Means

In a "generous" holiday gift-giving mood, Congress just passed, and the President is expected to sign, a bill that extends Section 181 of the Internal Revenue Code. Read more.

Taxpayers with undisclosed offshore financial assets or income may be interested to learn of changes to the IRS's Offshore Voluntary Disclosure Program - an initiative designed to encourage people to bring offshore assets into the U.S. tax system. Read more.

In Notice 2014-21 issued on March 25, 2014, the IRS announced that it will treat virtual currencies (such as Bitcoin) as "property" for U.S. federal tax purposes. Read more.

NY Sales and Use Tax Application to Advertising Businesses

In a recently-issued Tax Bulletin, the New York State Department of Taxation and Finance explained that the application of New York's Sales and Use Tax to sales and purchases by advertising businesses.The bulletin defines advertising services as "consultation and development of advertising campaigns and placement of advertisements with the media." Read more.

Described by New York Governor Andrew Cuomo as "one of the most ambitious economic development programs our state has seen in decades," the recently adopted START-UP NY program, which took effect January 1, 2014, offers eligible businesses and their employees an opportunity to enjoy substantial tax benefits. Read more.

The fiscal cliff legislation, signed yesterday by President Obama, contains a number of provisions relating to US taxes, including an extension of Section 181 of the Internal Revenue Code. That's good news for film and television producers. Read more.

There’s important news for people who maintain funds in offshore accounts. The IRS announced this week the 2011 Offshore Voluntary Disclosure Initiative - a new program designed to encourage people to bring offshore assets into the U.S. tax system. The initiative more or less reprises a 2009 program under which 15,000 taxpayers disclosed offshore accounts. Read more.

The IRS has just released Form 3921 to cover the reporting of incentive stock options and Form 3922 to cover qualified employee stock purchase plans. ISOs are the tax favored stock options issued pursuant to plans that satisfy certain requirements. ESPPs, which are subject to different requirements, permit the purchase of stock at a discount. Read more.

On October 22, 2004, the President signed into law major tax legislation known as the American Jobs Creation Act of 2004 (the "New Tax Law"). It removes what the World Trade Organization believes are subsidies given to US exports under the US tax law and replaces the subsidies with new provisions to assist US businesses. The New Tax Law, which is hundreds of pages long, also makes numerous other changes, including changes that provide significant tax benefits for film and television productions. These benefits are outlined here. Read more.