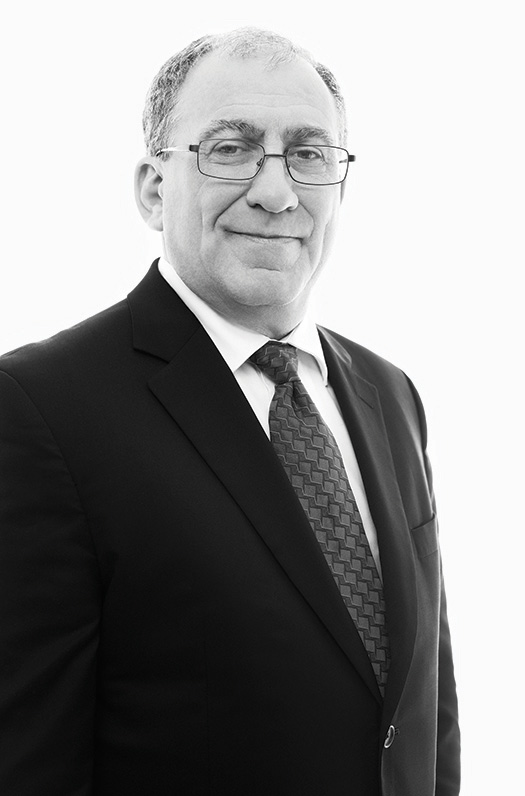 Brian E. Maas is a partner of the firm focusing on litigation as well as on the counseling of businesses and individuals in complex commercial problems.

In his wide ranging civil litigation and white collar criminal defense practice, Mr. Maas represents clients in all phases of the pre-litigation and litigation process in matters pending in state and federal court as well as in arbitrations. He has a diverse base of clients with business interests in various business areas including the securities and financial industries, the film and recording industries, the insurance industry, the corporate software development business, the art world, and the construction industry.

Mr. Maas started his career as an associate attorney at Barrett Smith Schapiro Simon & Armstrong. He then served as an Assistant United States Attorney in the United States Attorney's Office for the Eastern District of New York, where he became Deputy Chief of the Criminal Division. He has practiced privately at Rosenblatt Maas Wirfel & Stolz and, most recently, at Beldock Levine & Hoffman LLP.

Mr. Maas is a member of the Eastern District of New York Civil Litigation Committee, and a former board member of the New York Council of Defense Lawyers where he also serves as Chairman of the Sentencing Guidelines Committee. He is a former Adjunct Professor at Fordham University School of Law. Mr. Maas is admitted to practice in New York.

The Best Lawyers in America for White-Collar Criminal Defense

Brian Maas participates in a panel on discovery issues in New York sponsored by the 3 Stone Buildings Chambers from London.

Law360 mentions Brian Maas and Tyler Maulsby as the lawyers for Christopher Bandas, who successfully avoided Rule 11 sanctions in Garber v. Office of the Commissioner of Baseball. View Article

The New York Law Journal published Brian Maas, Caren Decter and Andrew Ungberg’s essay about the disconnect between the government’s forfeiture powers and a victim’s right to restitution. (Article behind paywall) View Article

Brian Maas is quoted in the New York Law Journal and Law 360 in their coverage of the partial settlement between the U.S. Securities and Exchange Commission and former Dewey & LeBoeuf LLP Finance Director Frank Canellas. (Article behind a paywall)

The New York Law Journal has a page 1 story about our win for our art industry clients, David Segal and Mohamed Serry. The article quotes Brian Maas. Jeremy S. Goldman, Caren Decter, and Nicole Bergstrom were also on the team. (Article behind a paywall)  View Article

What to Do if You Receive a Subpoena

The press has reported on an investigation by the New York County District Attorney's Office into whether New York-based art galleries and collectors are properly collecting and paying sales tax on art purchases. Read more.

Taxpayers with undisclosed offshore financial assets or income may be interested to learn of changes to the IRS's Offshore Voluntary Disclosure Program - an initiative designed to encourage people to bring offshore assets into the U.S. tax system. Read more.

The Foreign Corrupt Practices Act ("FCPA") was enacted by Congress in 1977 in response to "revelations of widespread global corruption", including allegations that numerous U.S. companies had paid hundreds of millions of dollars to bribe foreign government officials to obtain or retain overseas business. The FCPA includes substantial criminal penalties for both businesses and individuals found to have made prohibited payments, and also gives both the Department of Justice and the Securities and Exchange Commission the authority to pursue civil enforcement actions. Read more.

Judge Jack Weinstein of the Eastern District court of New York recently decided that Texas Hold 'Em poker is a game of skill and therefore not gambling under federal law. This is the first time a federal court has determined that poker is not gambling under the "Illegal Gambling Business Act". The government intends to appeal the decision. Read more.

How to Reduce the Risk of Sexual Harassment in Your Workplace

News that the Republican presidential candidate Herman Cain once settled charges of sexual harassment has once again placed this complicated issue in the public eye. Read more.

There’s important news for people who maintain funds in offshore accounts. The IRS announced this week the 2011 Offshore Voluntary Disclosure Initiative - a new program designed to encourage people to bring offshore assets into the U.S. tax system. The initiative more or less reprises a 2009 program under which 15,000 taxpayers disclosed offshore accounts. Read more.