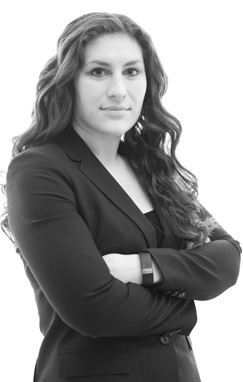 Nicole Bergstrom is an associate in the Litigation Group.

Ms. Bergstrom began her legal career at the firm as a summer associate. She is admitted to practice in the New York state courts, as well as the District Courts for the Southern and Eastern Districts of New York and District of Colorado, and the Court of Appeals for the Second Circuit.

The ABCs of Independent Contractors in California and New York

You are invited to join attorneys from Frankfurt Kurnit's Employment Compliance, Training & Litigation Group for a roundtable discussion and workshop that will address the classification of independent contractors and employees under rapidly changing California and New York law. Read more.

The New York Law Journal has a page 1 story about our win for our art industry clients, David Segal and Mohamed Serry. The article quotes Brian Maas. Jeremy S. Goldman, Caren Decter, and Nicole Bergstrom were also on the team. (Article behind a paywall)  View Article