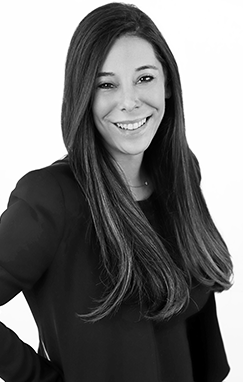 Rayna S. Lopyan is counsel to the Advertising and Ad Tech Groups where she represents clients on advertising, branded entertainment, intellectual property, digital media and advertising technology matters. She is recognized by Best Lawyers in America for her Intellectual Property law expertise.

Ms. Lopyan also has specific expertise in digital media and advertising technology issues. She routinely helps brands, agencies, and publishers structure their media purchase/ad sales programs, and draft and negotiate media agreements, including those governed by standard IAB and custom media terms. Her deep familiarity with governing advertising and privacy laws and industry guidelines (from the ANA, 4As, FTC, IAB, MRC, DAA, and NAI) makes her an asset to clients wrestling with issues including transparency in digital media buying, brand safety, ad measurement and verification, programmatic media sales, privacy law compliance, and data strategy. She also helps brands and publishers execute new ad monetization programs on their own and third party platforms, including advising on the use of first party audience data in support of such programs. She is actively involved with leading industry organizations, including the Interactive Advertising Bureau (IAB) and the Network Advertising Initiative.

Ms. Lopyan is a frequent speaker and writer on advertising and media issues, including recent presentations on influencer marketing, media buying, and tracking technologies. She guest lectures at Rutgers Law School’s Fashion Law seminar and Fordham Law School’s IP Transactions seminar, and contributes to the Firm’s Advertising Law Updates blog. She assisted in drafting the “Litigation Strategies in Fashion Law” chapter for the book Fashion Law: A Guide for Designers, Fashion Executives, and Attorneys, 2d ed. and the “Digital Workplace Privacy” chapter for the PLI Privacy Law Answer Book, 2017 ed. Ms. Lopyan in a proud participant in the Glass Leadership Institute run by the Anti-Defamation League, where she continues her prior work in support of the organization. In the past, she contributed to a Supreme Court amicus brief challenging the Trump Administration’s executive travel ban, and has blogged about ADL’s Stop Hate for Profit campaign.

Prior to joining Frankfurt Kurnit, Ms. Lopyan was a litigation associate at Debevoise & Plimpton LLP, where she focused on intellectual property, data privacy, and employment matters. While at Debevoise, Ms. Lopyan successfully defended numerous clients in the fashion industry in trademark matters, including Yves Saint Laurent, in its litigation with Christian Louboutin over YSL’s red-soled shoes, and Kate Spade, in defeating a trademark infringement challenge against its Kate Spade Saturday mark.

She is admitted to practice in New York and New Jersey.

The Legal 500 for Advertising and Marketing

-Judicial intern for the Hon. Richard J. Sullivan of the Southern District of New York.

We fill your screen with thought leaders from the FTC, NAD, SAG-AFTRA and our own ranks to tackle the most challenging legal and business issues facing advertisers today. Read more.

Rayna Lopyan speaks on a panel about “Ethical Considerations for Advertising in the Wild West of Social Media” at the International Trademark Association's Leadership Meeting.

Rayna Lopyan and Jordyn Eisenpress present “The Rise of Influencers and What They mean for Marketing (and Law)” during the Rocky Mountain Intellectual Property & Technology Institute’s 2020 virtual conference.

Now I Know My SDKs: Legal Considerations for Use of Tracking Tech for Analytics & Advertising

Join Frankfurt Kurnit for a live webinar to explore privacy and advertising considerations around the use of Software Development Kits (SDKs) and related tracking technologies in your apps. Read more.

Legal questions confronting in house marketing lawyers rarely elicit simple "yes" or "no" answers. (If only they did!)  More often than not — to the consternation of clients working on tight deadlines — the answer is "maybe" or "it depends" or "there's a risk."  How do you help your marketing clients evaluate the risks and weigh them against potential rewards? Read more.

The Best Lawyers in America 2023

The Legal 500 once again praises Frankfurt Kurnit practice groups and attorneys in the 2022 edition of their United States guide. Read more.

Last week, the apparel company Sunny Co Clothing launched an Instagram promotion promising to give away the red swimsuit below for free (except for shipping and handling costs) to each person who reposted the photo and tagged the company. Unfortunately, the company failed to cap the number of participants or make clear this was a "limited supply" offer, instead promising the free suit to "EVERYONE" who complied with the giveaway terms. Read more.

On February 2, 2016, EU and US authorities reached an agreement in principle on a new framework for transatlantic data transfers, dubbed the "Privacy Shield." Read more.

FTC Brings Action Against Glue Manufacturer Over “Made in USA” Claims

When can a marketer claim that its products are "Made in the USA" if the products contain foreign materials? A recent FTC action provides guidance. Here's what happened. Read more.

A recent decision in a long-running data security case is a must-read for corporate executives charged with ensuring the security of personal information. Read more.

Encouraging customers to write product reviews is a common and effective marketing tactic. But the disclosure requirements are significant. And a mistake can rankle competitors and lead to scrutiny by regulators or self-regulatory bodies such as NAD. That's what recently happened to The Scotts Company ("Scotts") when United Industries Corporation ("United Industries"), the maker of the Spectracide line of household insect and weed control products, challenged a sweepstakes promotion for the company's competing Ortho Home Defense, Ortho Bug-B-Gon, and Ortho Weed-B-Gon products. Here's what happened. Read more.

Here's some news for companies that have to comply with the privacy provisions of the Health Insurance Portability and Accountability Act ("HIPAA"). The U.S. Department of Health and Human Services ("HHS") has announced plans to begin auditing compliance in early 2016. Read more.

European Court of Justice Declared EU-U.S. Safe Harbor Invalid - What This Means for Your Company

In a recent landmark decision, the Court of Justice of the European Union (the "CJEU") declared the EU-U.S. safe harbor invalid. The ruling comes out of the Schrems v. Facebook case, which has become one of the most widely followed and significant global data privacy cases to date. Read more.

In two recent matters, the Federal Trade Commission ("FTC") challenged so-called gag clauses or non-disparagement provisions incorporated in contracts between marketers and consumers, alleging that prohibiting consumers from publishing negative reviews about the marketer is an unfair practice in violation of Section 5 of the FTC Act. Read more.

In August 2015, the Association of National Advertisers (ANA) announced a groundbreaking program to provide patent insurance to its members. Read more.

The Third Circuit Court of Appeals affirmed this week that the Federal Trade Commission ("FTC") has the authority to declare companies' data security practices "unfair" under Section 5 of the FTC Act. Read more.

While there is no generally applicable federal law in the United States requiring all businesses to take particular steps to secure their sensitive data, the Federal Trade Commission has investigated and penalized numerous companies for failing to implement "reasonable" data security standards. Read more.

When are Manufacturers Liable for Claims Made by Their Retailers?

The Federal Trade Commission ("FTC") recently closed an investigation into whether Quickie Manufacturing Corporation ("Quickie"), a maker of cleaning products, engaged in unfair or deceptive acts or practices when third-party retailers marketing Quickie products made unqualified and unsupported "Made in USA" claims. Read more.