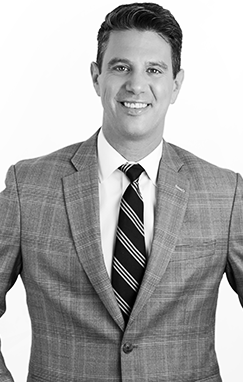 Ryan Lapine is a partner in the Litigation Group and a first-chair trial lawyer. Undefeated at trial, clients call on him to handle the most complex, high-stakes disputes, regardless of subject matter.  Mr. Lapine has particular expertise in insurance recovery, intellectual property, trust and estate, and complex business disputes, with intimate familiarity with entertainment, cryptocurrency, and cannabis industry issues.

In his insurance recovery practice, Mr. Lapine represents corporate and high-net-worth policyholders, enforcing their rights when insurers resist valid claims for covered losses or fail to adhere to their duties regarding third-party claims. He also provides counseling to clients navigating pending and potential insurance claims. Mr. Lapine has helped clients resolve insurance recovery litigation through settlement negotiations and at trial. He won the second largest insurance-recovery jury verdict in California in 2015.

Mr. Lapine also represents entertainment companies and well-known entertainers in a broad range of business and IP litigation arising from contract disputes, breaches of fiduciary duty, fraud, copyright and patent infringement claims, and violations of the right of publicity.

He is admitted to practice in California state courts, and California federal courts in the Northern, Eastern, Central and Southern Districts.

-Managing Editor of the Hastings Communications and Entertainment Law Journal

On the Move: Tracking the Ins and Outs of California Lawyers

Frankfurt Kurnit has added Ryan Lapine as a partner in the firm’s Litigation Group. Mr. Lapine joined the firm on June 16th. He will be based in the firm’s Los Angeles office. Read more.