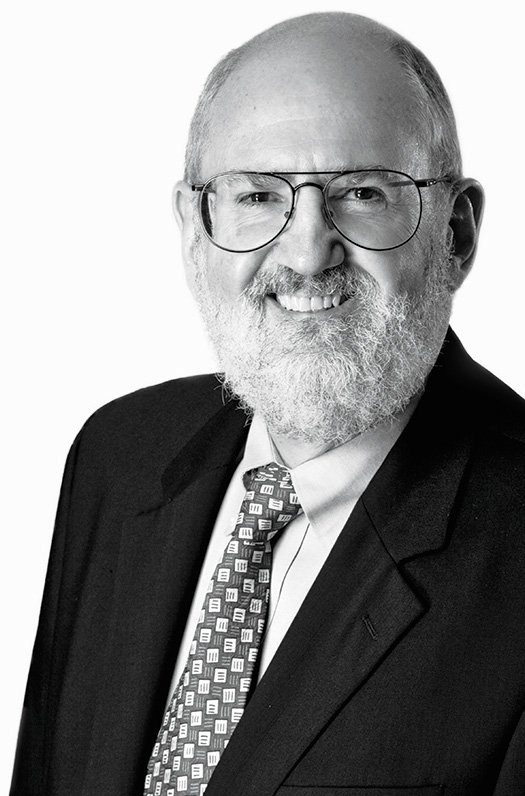 Mr. Selz also counsels clients on copyright (including issues relating to termination and renewal rights under the 1976 Copyright Act and its amendments, and the 1909 Copyright Act) and trademarks, from clearance searches, to deciding which classes to file in, to registering as Intent to Use or based on actual use, and reminding clients about the need for additional filings are necessary with the US Patent and Trademark Office.

In addition to transactional work from collaboration agreements and development through production and distribution, Mr. Selz focuses on mergers and acquisitions, secured transactions, private placements and public offerings, including crowd-funding laws and regulations. Mr. Selz has set up an international network of attorneys to assist each other with issues raised by the cross-border reach of Internet crowd-funding. As Chair of the firm's IP Finance Group, Mr. Selz also regularly advises on complex corporate work involving entertainment industry and intellectual property assets.

For more than three decades, Mr. Selz has also helped structure domestic and international tax-advantaged financing for motion picture and television productions. In the US, Mr. Selz was one of the first to see the potential for combining state production incentives with the benefits for investors under Section 181 of the Internal Revenue Code, and Mr. Selz has advised clients about extensions to Section 181 as they have occurred. Mr. Selz has also taken the lead on behalf of the US videogame industry in extending the benefits of Section 181 to videogame development and production, particularly as such activities involve tax issues arising from crowd-sourced funding. Working with local counsel, Mr. Selz helped devise financing structures that are now used throughout the industry to permit clients to overcome substantial regulatory and business risks to be able to draw on funds from countries outside the US, including Canada, United Kingdom, Ireland, Australia, Germany and Hungary. He co-authored the US Incentives chapter of the Film Finance Handbook: How to Fund Your Film (Netribution, 2007).

Mr. Selz has been quoted in Bloomberg on the Google Book Search Copyright Class Action settlement, and in Financial Times on TiVo’s plan to allow customers to transfer television programs to Apple's iPod. He was also quoted in The New York Times and other publications on the posting to the Internet of "Gone With the Wind" by the Australian affiliate of Project Gutenberg in violation of U.S. copyright law.

Prior to founding the firm, Mr. Selz worked in the entertainment department at Paul, Weiss, Rifkind, Wharton & Garrison, and was associated with Emil, Kobrin, Klein & Garbus for three years.

Best Lawyers in America for more than twenty-five years

Thomas D. Selz presents “Pay or Play” during a live broadcast for ProLawCLE. Click here to view the presentation.

Behind the Artist: Entertainment Law in the Digital Age

Thomas D. Selz participates at Behind the Artist: Entertainment Law in the Digital Age, hosted by The New York Law School Law Review.

Thomas D. Selz and Melissa Georges teach a class on entertainment law to CCNY MFA students at Frankfurt Kurnit from 2:00PM to 3:30PM.

Crowdfunding: The Good, The Bad and The Ugly

Crowdfunding in Entertainment and Media

Thomas D. Selz presents to the Producers Guild of America on Crowdfunding in Media and Entertainment. Frankfurt Kurnit hosts the event.

Tom Selz speaks on "crowdfunding" at the Law Society of Upper Canada Entertainment and Media Law Symposium in Toronto.

Tom Selz Speaks on a panel at a meeting of “Harvardwood”

Tom Selz speaks on a panel at a meeting of "Harvardwood" - a nonprofit group of Harvard alumni, students, faculty and staff working in media and entertainment.

Tom Selz Presents “Can Characters Be Protected by Copyright and/or Trademark Law?”

Thomas D. Selz presents "Can Characters Be Protected by Copyright and/or Trademark Law?", a CLE luncheon at the offices of Frankfurt Kurnit.

The new tax law, commonly referred to as the Tax Cuts and Jobs Act (the "Act"), contains some good news for producers of motion pictures, television programs and live theatrical shows (each a "Production") and their investors. Read more.

The New York film production tax credit is often a crucial piece of the financing for a film. But the rules governing qualification of expenses are strict. Read more.

Here's some news for businesses considering capital raises via the Internet. Read more.

Tom Selz and Bernie Topper are quoted in Backstage about the extension of Section 181 of the Internal Revenue Service tax code. View Article

A new law, signed by the President on December 18, extends Section 181 of the Internal Revenue Code for film and television and expands it to cover live stage productions. Read more.

In our Alert on November 11, we notified clients that the SEC had issued on October 30 final regulations to implement Title III of the JOBS Act. We have now learned that Regulation CF becomes effective on May 16, 2016.  Read more.

SEC Approves New Crowdfunding Rules Permitting Companies Seeking Up to $1M from Both Accredited and Non-Accredited Investors: On October 30, 2015, the SEC completed final regulations implementing the JOBS Act, which was passed in April, 2012. Read more.

In an FTC release on June 11, 2015, the FTC announced that it had brought and settled its first case involving crowdfunding. Read more.

Investment Crowdfunding Is Now (almost) Legal for All Investors

Effect of Omnicare On Private Placements in Film Ventures

Paul Rudd to Star in Adaptation of ‘Revised Fundamentals of Caregiving’

Variety mentioned Thomas Selz as counsel to Rob Burnett, who will direct the film adaptation to Jonathan Evison's novel - The Revised Fundamentals of Caregiving. View Article

Half a Loaf of Sec. 181: What Congress’s “Extension” of Expiring Tax Provisions Really Means

In a "generous" holiday gift-giving mood, Congress just passed, and the President is expected to sign, a bill that extends Section 181 of the Internal Revenue Code. Read more.

The Case for States to Offer Film-Tax Credits

On September 18, 2014, California enacted an increase in its film production tax incentives to more than triple the annual credits available from $100 million to $330 million, and to extend the program through 2020. Read more.

State production tax incentives have become an increasingly important part of any financing plan for feature length fiction films. But what about documentary films? Read more.

Mildly Upset Bull: Why the “Raging Bull” Decision is Not a Major Victory for Copyright Holders

Thomas D. Selz wrote an article detailing the decision made by the US Supreme Court with regards to the Raging Bull copyright infringement suit. Read more.

Law Catching Up To Kickstarter

In what is, to our knowledge, the first enforcement action against a company which raised Kickstarter money and then failed to deliver any of the promised rewards, the Washington State attorney general announced on May 5, 2014 that it had filed a complaint for consumer fraud against Edward Polchlepek and his company Altius Management. Read more.

Expiring Tax Credit Sets Off a Scramble in Hollywood

On October 23, 2013, the SEC proposed new regulations to implement Title III of the Jumpstart Our Startup Businesses Act to permit Internet offerings to small investors. The proposed rules, nearly 600 pages long, would implement amendments to federal securities laws that would permit issuers to raise capital using Internet offerings to small investors, provided the Internet sites containing the offerings are operated by registered broker-dealers or by a new intermediary between issuers and investors, called "funding portals." Read more.

The SEC recently issued final regulations to implement Title II of the Jumpstart Our Startup Businesses Act. The new Regulations permit companies to publicly solicit "private" placements from "accredited" investors over the Internet and through other public advertisements. This is a significant change for entrepreneurs, founders, and other company owners. Read more.

The American Lawyer lised Thomas Selz as counsel to IBT Media in a deal to acquire Newsweek.

The fiscal cliff legislation, signed yesterday by President Obama, contains a number of provisions relating to US taxes, including an extension of Section 181 of the Internal Revenue Code. That's good news for film and television producers. Read more.

Cayman Net News reported on the formation of the Cayman Islands new film finance advisory board. Frankfurt Kurnit founding partner Tom Selz is on the board.

Licensing animated characters raises a variety of complex issues. For example, what intellectual property rights does the licensor actually control? Is trademark protection available? What definitions will govern payments to the licensor? These are a few of the important questions licensees must consider before licensing an animated character. This article highlights some of the potential pitfalls for licensees of animated properties, and suggests six steps to help maximize one's investment. Read more.

Sonny Bono was not just the other half of Sonny and Cher. Having survived life as a pop icon, Sonny Bono became a Congressman who has become memorialized in the Sonny Bono Copyright Term Extension Act. This Act has extended copyright protection by 20 years, and has given authors and their heirs and successors another chance to recapture rights. Read more.

2002 saw the tightening in Europe of rules and regulations governing tax advantaged or structured financing opportunities which had previously existed for US movie and television producers. Read more.