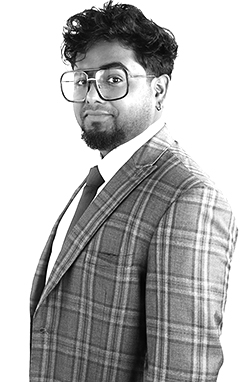 Vishwanath Mohan (Vish Mohan) is an associate in the Litigation Group, focusing on entertainment and intellectual property disputes.

He writes often and frequently presents on hot topics in entertainment and intellectual property for professional associations and clients.

He is passionate about providing pro bono representation to indigent clients and has represented them on immigration and criminal law matters in the U.S. Immigration Court and the U.S. Court of Appeals for the Ninth Circuit. He has also authored Amicus Briefs and a Petition for Writ of Certiorari to the Supreme Court of the United States.

Prior to joining Frankfurt Kurnit, he was an associate at One LLP—a premier intellectual property and entertainment law boutique law firm.

He serves as a board member of the Orange County Bar Association, Young Lawyer’s Division. He also serves on the Advisory Board of the Elder Law and Disability Rights Center. He was also a board member of the Orange County Intellectual Property Association and the Children’s Bureau. He is proficient in Hindi, Punjabi, Tamil, Malayalam, and French. He is admitted to practice in California State, the Central District of California, and the U.S. Court of Appeals for the Ninth Circuit.

Vish Mohan is a guest speaker on the “Entertainment and Media Careers” panel during the University of California, Irvine School of Law IPAT clinic via Zoom.

Legal Ethics of Harassment and Discrimination: Attorney Conduct Inside and Outside the Courtroom

Nicole Hyland and Vish Mohan present, "Legal Ethics of Harassment and Discrimination: Attorney Conduct Inside and Outside the Courtroom" during a webinar for the New York Women's Bar Association.

Does your business depend on copyright ownership and licensing, or rise and fall with changes in copyright law? Do you use content created by others or worry that your content is going to be stolen? Are you susceptible to copyright claims from third parties or trolls? If so, please join us remotely for part two of the Frankfurt Kurnit CLE (CA & NY credit) update on current hot topics in copyright law. (Note: part one is not a prerequisite for part two.) Read more.

First “Win” for Businesses Against Insurers in COVID-19 Coverage Lawsuits