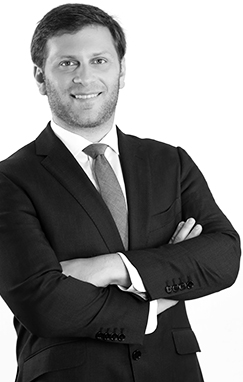 Ben Moskowitz is counsel to the Entertainment Group, where he works on transactional matters across television, film, podcasts, and streaming content.

Mr. Moskowitz represents a cross section of entertainment clients, from production companies and producers, to directors and television personalities. He has worked on various matters at each stage of the production cycle, securing rights to content for clients to serve as the basis of projects, assisting in the sale and option of original ideas to networks and studios, and providing legal support on all manner of production and distribution agreements to bring programming to life.

In doing so, Mr. Moskowitz has served as production counsel on numerous documentary films, television shows, and streaming programs of all size and form, from festival-focused projects to network headlining programs.

As production begins to restart in an ever changing COVID-19 landscape, The Alliance of Motion Picture and Television Producers (AMPTP) and other major studios announced an important deal with the DGA, IATSE, Teamsters, Basic Crafts, and SAG-AFTRA -- meant to ensure the safety and security of their members during the upcoming months. Read more.

On July 17, 2020 NYC Mayor Bill de Blasio announced that, with the City entering Phase Four of Reopening on Monday July 20th, 2020, film and television production in the City can restart again in earnest. Read more.

As several production-heavy states announce the easing of stay-at-home orders and restrictions, the question of how to restart entertainment production in a safe manner has become paramount. Read more.