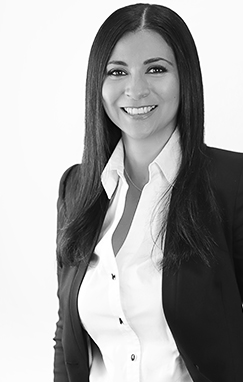 Larissa Calva Ruiz is counsel to the Entertainment Group. Her practice covers a range of transactional entertainment work, including film financing matters. She is included in the Los Angeles Business Journal’s "Minority Leaders of Influence: Attorneys" list for 2021. She is recognized by Variety in its 2021 Legal Impact Report.

As part of Frankfurt Kurnit’s IP Finance Group, Ms. Calva Ruiz works to facilitate and execute a variety of financing transactions including debt financing, bridge lending, equity investment, mezzanine financing and tax credit lending transactions for production companies, ultra-high net worth individuals, structured funds and other award-winning clients. She represented Sherborne Media Capital in a financing deal for Roland Emmerich’s “Moonfall.” She represented Topic Studios in the negotiation of its financing deal with 30WEST for, “The Mauritanian” and oversaw the distribution deals with the BBC and STXfilms for this same project. Additionally, she represented sales agent Autlook Filmsales in a worldwide distribution deal with Neon for the documentary, “The Painter and the Thief” (named best documentary film of 2020 by the BBC and The Washington Post).

Prior to joining Frankfurt Kurnit, Ms. Calva Ruiz was a part of the Entertainment Finance team at Akin Gump where she represented financiers and assisted in drafting and negotiating loan agreements and related loan documents for several feature films and televisions shows, including “355,” “Once Upon a Time in Hollywood,” “The Personal History of David Copperfield”, “Narcos” and “Orange is the New Black.”

Ms. Calva Ruiz received her law license from Universidad Iberoamericana in Mexico City and her LL.M from UCLA School of Law. She is admitted to practice in California, New York and Mexico.