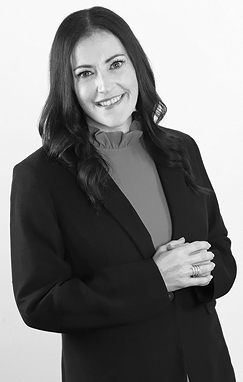 Lee Goldberg is Counsel to the Entertainment Group. Ms. Goldberg has substantial experience handling a broad range of entertainment transactions, with a special focus on scripted television. She also handles copyright, trademark, and other intellectual property law matters.

Ms. Goldberg’s practice includes representing financiers and creatives from development through production. She structures, and negotiates agreements for individuals and companies on all sides of the entertainment industry. She is well versed on development, option purchases, production, acquisition, co-production, guild law and distribution agreements. Ms. Goldberg’s clients range from writers, directors, on screen talent, advertising agencies, financiers, production companies and studios. She brings a unique insight to her clients through the entertainment deal making process from her past in house work at a studio.

Prior to joining Frankfurt Kurnit, Ms. Goldberg worked at AMC Networks and AMC Studios, handling development and production deals for AMC’s suite of channels — including writer, director, producer and production company agreements. She has worked on foreign co-production, underlying rights and all sides of scripted above-the-line and below-the-line deals. She advises clients on risk analysis, programming rights, distribution agreements, rules and regulations for SAG/AFTRA, WGA, and DGA, intellectual property issues, and fair use as it applies to television programming and production.

Ms. Goldberg began her career at ESPN in Content Development and ESPN Film groups and worked on the first 30 for 30 series and other programs. She handled rights and clearances, license agreements and advised on distribution rights. Additionally Ms. Goldberg acted as an associate producer on several 30 for 30 films and earned a Peabody award for her work. She is admitted to practice in New York.

Deadline mentions Hayden Goldblatt and Lee Goldberg who negotiated the adaptation of “Mouthful of Birds” for Amazon Studios. View Article