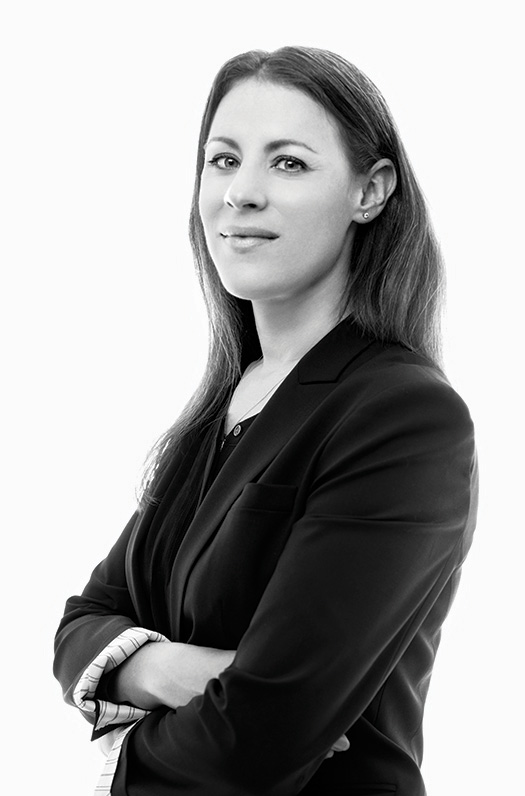 Julie M. Murray is a partner in the Entertainment Group at Frankfurt Kurnit Klein & Selz, who specializes in representing clients in the television, documentary, digital, comedy, and branded content industries.

She offers clients full service legal representation, handling all transactions from the development of a concept through delivery of the final cut, including the negotiation of network and financing agreements, distribution agreements, content licensing deals (domestic and international), development attachment agreements, talent agreements, employment and executive agreements, clearances, and advising clients on complex legal issues along the way. Ms. Murray was recently honored on Variety's Women’s Impact Report. The Legal 500 lists her as a “Next Generation Partner” in the 2021 and 2022 edition for media and entertainment.

Prior to joining Frankfurt Kurnit, Ms. Murray worked for twelve years in the television industry, starting her career as an NBC Page and then working at several networks and production companies producing various productions for MTV, Food Network, Nickelodeon, Discovery, CMT, and Comedy Central. Ms. Murray has extensive knowledge of television development, production and post production in both the creative and production management realms and is, therefore, well acquainted with the day-to-day needs of her clients.

She is admitted to practice in New York state.

The Legal 500 “Next Generation Partner” in Media and Entertainment (2022)

Richard Hofstetter, Julie Murray and Marcie Cleary present a Legal Q&A Session at the New York Television Festival beginning at 10AM at the Helen Mills Theater.

The Legal 500 once again praises Frankfurt Kurnit practice groups and attorneys in the 2022 edition of their United States guide. Read more.

The Legal 500 praises three of our practice groups: Advertising & Marketing; Entertainment; and Privacy & Data Security. The London-based directory spotlighted fifteen of our attorneys individually: Lisa E. Davis, Daniel Goldberg, Richard Heller, Andrew Hurwitz, Candice Kersh, and Michael Williams. Julie Murray is listed as a “Next Generation Partner” in Entertainment. Christopher R. Chase, Jeffrey A. Greenbaum, Brian G. Murphy and Terri Seligman are listed as “Leading Lawyers” in Advertising. Dorian Slater Thomas and Matthew Vittone are listed as a “Rising Stars” in Advertising. Rick Kurnit is in the “Hall of Fame” for Advertising.

Law360 Names Attys Who Moved Up the Firm Ranks

Julie Murray is listed on Variety’s Women’s Impact Report for 2019. The report features women from the C-suite to agents and artisans who have had a big impact on showbiz this year. View Article

Variety lists Julie Murray as one of Hollywood's new leaders in law and finance for 2017. View Article