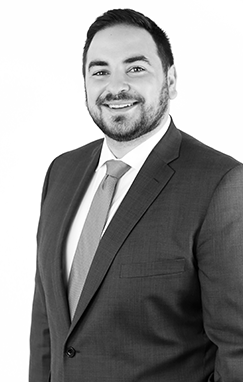 Mr. Klinger has been a member of successful trial teams in federal and state courts. He has substantial experience handling appeals, government investigations, and alternative dispute resolution. His work has touched on issues involving constitutional, employment, tort, securities, and consumer-fraud law, and federal-court procedure.

Prior to joining Frankfurt Kurnit, Mr. Klinger was an associate at Paul, Weiss, Rifkind, Wharton & Garrison LLP, where he was also a summer associate. Mr. Klinger is admitted to practice in the State of New York, the Southern, Eastern, and Northern Districts of New York, and the United States Court of Appeals for the Second Circuit.

Walking the Talk on DEI: Reviews, Promotions, and Retention

Walking the Talk on DEI: Onboarding and Mentorship

Our Walking the Talk on DEI series continues with DEI III – Onboarding and Mentorship. Employee onboarding and mentoring are important aspects of all industries, yet many companies fail to establish adequate procedures and environments to successfully accomplish both goals while navigating legal pitfalls. Read more.

Walking the Talk on DEI: Recruitment and Hiring

Frankfurt Kurnit’s Employment Compliance, Training & Litigation Group is hosting Walking the Talk on DEI –– a series of complimentary webinars. Our second session, Recruitment and Hiring on October 28th, will examine best practices during the hiring process. This session will focus on DEI issues and opportunities that arise during the hiring process, particularly with respect to job postings and candidate interviews. Read more.

Navigating the “New Normal” in the Workplace

Join us for an in-depth discussion of the new laws, policies and legal developments that New York and California employers will need to know to set up a compliant workplace in the “new normal” of a post-vaccination world. Read more.

On Monday, October 17, 2022 Jesse Klinger was nominated and confirmed as Co-Chair of the New York State Bar Association Commercial and Federal Litigation Section’s Committee on Ethics and Professionalism. Read more.

A recent amendment to the New York City Human Rights Law ("NYCHRL") requires employers to provide a salary range in all job postings starting on May 15, 2022. Read more.

By way of reminder, on December 6, the City of New York announced a vaccine mandate for all private sector employers, effective December 27, 2021 (the “Order”). Further guidance on the Order was issued December 15. Read more.

On November 4th, the U.S. Department of Labor’s Occupational Safety and Health Administration announced a new emergency temporary standard to protect workers from the spread of the coronavirus in the workplace. Read more.

The Fast and the Furious: Four Major Developments in COVID-19 and Return-to-Work Protocols

In case you blinked, we covered four major developments that came out in the past week that every employer needs to know as they reopen their offices. Read more.