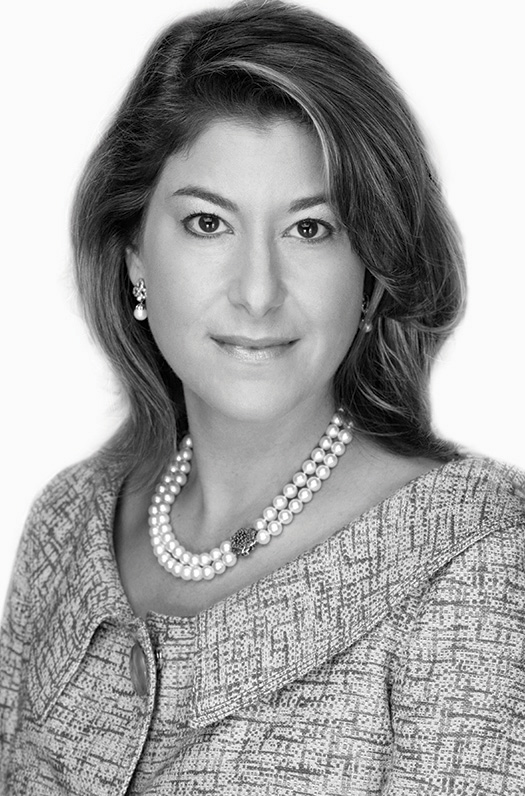 Linda J. Wank is a partner and co-Chair of our Estate Planning & Administration Group. Her core practice encompasses estate, gift and income tax planning, as well as estate and trust administration and charitable giving.

Ms. Wank is a Fellow of The American College of Trusts and Estates Counsel (ACTEC) and Vice-Chair of a standing committee of the Trusts and Estates Law Section of the New York State Bar Association. She is also a member of the U.K.-based Society of Trust and Estate Practitioners (STEP), and the New York City Bar Association's Committee on Estate and Gift Taxation. In addition, Ms. Wank is a member of New York Women in Film & Television and its Planned Giving Committee, and serves on the Professional Advisory Committee of the Anti-Defamation League.

Ms. Wank writes regularly on a broad range of topics relating to estate planning and administration and is a frequent lecturer at trusts and estates law conferences throughout the country. Most recently, she was a speaker at the 52nd Annual Heckerling Institute on Estate Planning, where she presented on the Estates of Prince and Michael Jackson.

Before joining the firm, Ms. Wank worked for ten years in the Personal Representation department of Paul, Weiss, Rifkind, Wharton & Garrison. She is admitted to practice in New York.

Linda Wank and Edward H. Rosenthal present "Dying for Fame in the Age of Celebrity: From Neverland Ranch to Paisley Park" at the 52nd Annual Heckerling Institute on Estate Planning in Miami. More information can be found here.

Edward Rosenthal and Linda Wank present on Prince, Michael Jackson and right of publicity and trusts issues for the NY Historical Society.

Linda Wank speaks on the panel, "Planning for Celebrities and Beyond" for the NYSBA's 2016 Annual Music Business Law Conference.

Linda Wank speaks on lessons to take away from celebrity estate planning gone wrong in "Celebrity Wills and Estates" at Frankfurt Kurnit.

The pandemic has prompted many of our clients and friends to focus on their estate planning --  finalizing Wills and estate planning documents that had been in progress, or just getting the planning process started with a new sense of urgency. Read more.

After weeks of uncertainty regarding commencement of probate petitions and the admission of Wills to probate, the New York State (NYS) Surrogate’s Court system has taken steps toward reopening for both essential and non-essential matters. Read more.

For the past month, we have been supervising the execution of our clients’ Wills and related estate planning documents through the use of audio-video technology, allowing for the completion of planning projects while maintaining appropriate social distancing. We conduct these signing conferences through the use of various technological platforms, depending on clients’ preferences or limitations – and all coordinated with clients beforehand. Read more.

Estate Planning Opportunities During the Pandemic

The pandemic’s effect on the economy has led to reduced valuations for many privately-owned and publicly-traded businesses, as well as reduced valuations for real estate and other assets. At the same time, interest rates remain at historically low levels. This unique economic environment can create estate planning opportunities for certain individuals and families. Read more.

On April 7, 2020, Governor Cuomo issued Executive Order No. 202.14, which allows for audio-video witnessing of Wills, Trusts, Powers of Attorney, Health Care Proxies and Appointments of Agent for Disposition of Remains. Read more.

The SECURE Act (which stands for “Setting Every Community Up for Retirement Enhancement”) was enacted at the end of last year and makes several significant changes to the laws governing retirement accounts. The changes will have consequences for both retirement and estate planning. Read more.

The Federal estate, gift and generation-skipping transfer (GST) tax exemption amounts have increased in 2020, to $11.58 million per individual. Read more.

Not Only in Dreams: Roy Orbison is Back on Tour. Sort of.

Texas Monthly quotes Linda Wank about the creation of a federal right of publicity law for digitally re-created deceased musicians and celebrities. (Behind paywall) View Article

Is Now the Time to Revisit Your Estate Plan?

On December 22, 2017, the Tax Cuts and Jobs Act (the "Act") was signed into law. The Act temporarily doubles the estate, gift and generation-skipping transfer ("GST") tax exemption amount. Read more.

As you probably know, two recent Supreme Court cases have altered the estate planning landscape. Here's a summary of what happened with the Defense of Marriage Act - and suggestions for how to proceed. Read more.

The Tax Relief Act of 2010 was overwhelmingly passed by Congress and signed into law by President Obama on December 17, 2010. The new law provides numerous tax benefits for businesses and individuals for the next two years. Read more.

The end of 2010 brings more than the usual range of estate planning opportunities.As year-end approaches, so does the expiration of the Bush era tax cuts. The lame duck Congress' willingness to enact tax legislation before 2011 looks increasingly unlikely. Read more.

By now, many of you have heard about the dramatic -  and, many pundits would add, inexplicable - changes to the Federal estate tax law that became effective as of January 1, 2010 and will apply through the end of the calendar year. Read more.

Important Revision of EPTL 5-1.4: Extension of Revocatory Effect of Divorce

On July 7, 2008, Governor Paterson signed into law a bill that extends the revocatory effect of divorce to non-probate dispositions of property and certain fiduciary designations of a former spouse. This article summarizes the provisions of the newly enacted law and outlines how it differs from the Uniform Probate Code Section after which it was patterned. Read more.

The Lasting Effect of Star Power

The New York Law Journal featured Linda Wank and Elisabeth Cavanagh's "The Lasting Effect of Star Power" as the lead article in the Trusts & Estates section of its September 17, 2007 publication.

Linda Wank on Inside Edition

Inside Edition interviewed Trust and Estates expert Linda Wank to answer questions about Leona Helmsley's will.