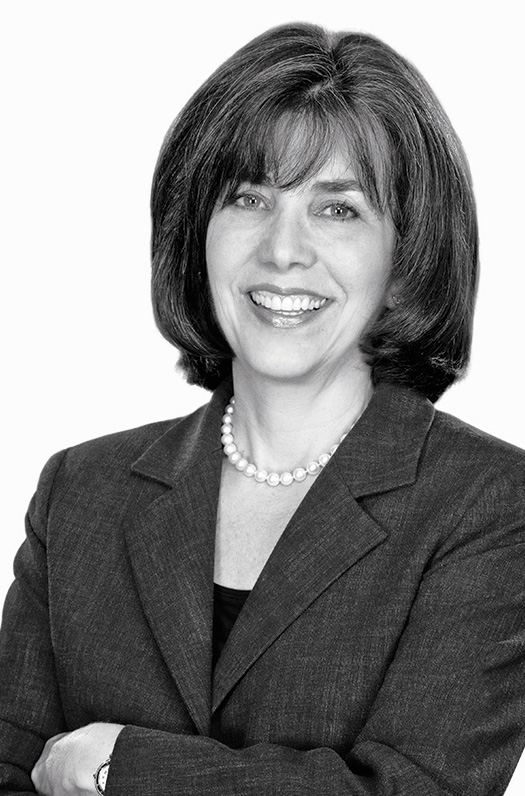 Barbara E. Shiers is co-Chair of our Estate Planning & Administration Group and has served on the firm’s management committee for many years.

She is admitted to practice in New York and Florida.

Best Lawyers in America for Trusts and Estates

Barbara Shiers at “Savvy Estate Planning” at the Harmonie Club

Barbara Shiers speaks at the Columbia Law School Association and the Kent Affiliates of the 1754 Society's event, "Savvy Estate Planning", taking place at the Harmonie Club.

Women, Wisdom and Wealth: How Women Can Create, Retain and Pass On Wealth

Barbara Shiers speaks at the Women, Wisdom and Wealth: How Women Can Create, Retain and Pass On Wealth luncheon at the Museum of Modern Art.

Tax Code Changes and Your Estate

Barbara Shiers speak at the Tufts Alumni event: Recent Tax Code Changes and How They Affect You, Your Family, and Your Estate, at the Kirkland and Ellis offices in NYC.

Barbara Shiers speaks to an NYSSCPA audience on recent tax law changes and their impact on estate planning.

The pandemic has prompted many of our clients and friends to focus on their estate planning --  finalizing Wills and estate planning documents that had been in progress, or just getting the planning process started with a new sense of urgency. Read more.

After weeks of uncertainty regarding commencement of probate petitions and the admission of Wills to probate, the New York State (NYS) Surrogate’s Court system has taken steps toward reopening for both essential and non-essential matters. Read more.

For the past month, we have been supervising the execution of our clients’ Wills and related estate planning documents through the use of audio-video technology, allowing for the completion of planning projects while maintaining appropriate social distancing. We conduct these signing conferences through the use of various technological platforms, depending on clients’ preferences or limitations – and all coordinated with clients beforehand. Read more.

Estate Planning Opportunities During the Pandemic

The pandemic’s effect on the economy has led to reduced valuations for many privately-owned and publicly-traded businesses, as well as reduced valuations for real estate and other assets. At the same time, interest rates remain at historically low levels. This unique economic environment can create estate planning opportunities for certain individuals and families. Read more.

On April 7, 2020, Governor Cuomo issued Executive Order No. 202.14, which allows for audio-video witnessing of Wills, Trusts, Powers of Attorney, Health Care Proxies and Appointments of Agent for Disposition of Remains. Read more.

The SECURE Act (which stands for “Setting Every Community Up for Retirement Enhancement”) was enacted at the end of last year and makes several significant changes to the laws governing retirement accounts. The changes will have consequences for both retirement and estate planning. Read more.

The Federal estate, gift and generation-skipping transfer (GST) tax exemption amounts have increased in 2020, to $11.58 million per individual. Read more.

Is Now the Time to Revisit Your Estate Plan?

On December 22, 2017, the Tax Cuts and Jobs Act (the "Act") was signed into law. The Act temporarily doubles the estate, gift and generation-skipping transfer ("GST") tax exemption amount. Read more.

In the Spirit of ‘Fun-Raising’

Law360 interviewed Barbara Shiers about her career as a "Female Powerbroker". View Article

On December 18, 2013, the "Nonprofit Revitalization Act of 2013" (the "Act") was signed into law by Governor Cuomo. The Act represents a major overhaul to New York's Not-for-Profit Corporation Law, the first of its kind in over 40 years. Read more.

Madeline and The Family Business

Forbes quoted Edward H. Rosenthal and Barbara E. Shiers in an article about the estate of Ludwig Bemelmans, the creator of Madeline. View Article

As you probably know, two recent Supreme Court cases have altered the estate planning landscape. Here's a summary of what happened with the Defense of Marriage Act - and suggestions for how to proceed. Read more.

The Tax Relief Act of 2010 was overwhelmingly passed by Congress and signed into law by President Obama on December 17, 2010. The new law provides numerous tax benefits for businesses and individuals for the next two years. Read more.

The end of 2010 brings more than the usual range of estate planning opportunities.As year-end approaches, so does the expiration of the Bush era tax cuts. The lame duck Congress' willingness to enact tax legislation before 2011 looks increasingly unlikely. Read more.

By now, many of you have heard about the dramatic -  and, many pundits would add, inexplicable - changes to the Federal estate tax law that became effective as of January 1, 2010 and will apply through the end of the calendar year. Read more.