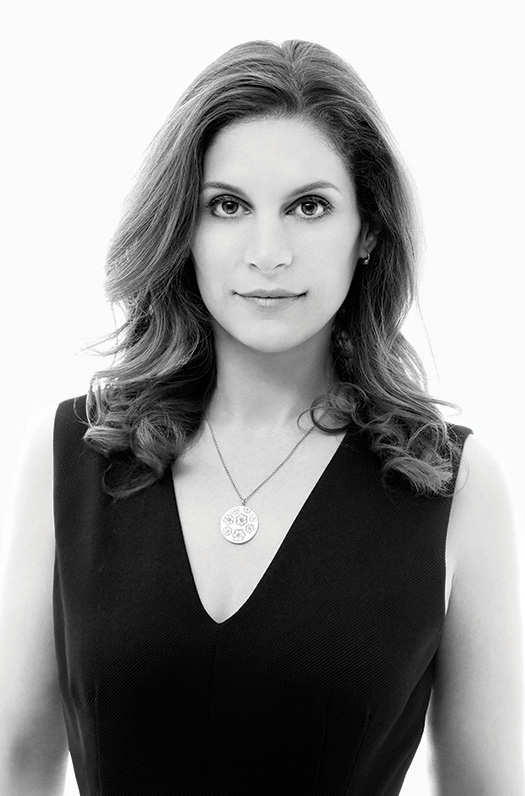 She is immersed in both the independent and Hollywood worlds, and her clients often work in all aspects of the entertainment business -- from major studio films to cutting-edge political documentaries. Ms. Cook was recently recognized by Variety in its 2020 Legal Impact Report and it's 2020 New York Women’s Impact Report. She appeared in Variety’s 2019 Dealmakers Elite NY Issue and it's 2019 Legal Impact Report as one of the country’s top 50 “game changing” entertainment lawyers. Crain’s New York Business named her a NYC “Leading Woman Lawyer,” and the New York Law Journal included her in its inaugural “Top Women in the Law” list. She has been named a “Super Lawyer” for the New York area by Super Lawyers magazine and a top lawyer in entertainment law by Best Lawyers. She also was recognized in the 2020 edition of The Legal 500 for her expertise in entertainment law matters, and in the 2013 edition of The Legal 500 for her expertise in copyright law matters. She received the “Women Who Dared” award by The National Council of Jewish Women in 2017.

Ms. Cook is also a frequent public speaker who lectures regularly on film and television finance and production at film schools, law schools, and producer conferences, including NYU/TISCH, Columbia, University of Pennsylvania Law School, the Independent Feature Project, and the Producers Guild of America. She has appeared on numerous panels at all the major film festivals and markets, including Cannes and Sundance. She is a regular mentor at the Sundance Institute Creative Producing Conference as well as the Sundance Institute Catalyst Conference for film investors. She has moderated the State of the Union panel at the Sundance Summit for the last several years and in 2013 was one of the keynote speakers. Ms. Cook is a member of the Advisory Board for the Hamptons Film Festival.

The Legal 500 for Media and Entertainment Law

"Women Who Dared" by The National Council of Jewish Women

Victoria Cook and Melissa Georges present "Documentary Filmmaking in a Global World" during the DOC NYC pro conference. In addition, Melissa Georges leads a round-table discussion during the Only in New York - 40 Under 40 Filmmakers session.

Victoria Cook moderates a panel at the Innovative TV Conference in Jerusalem.

Victoria Cook moderates a panel discussion, “The Film Factor: How Filmmakers are Changing the Landscape of Television” at the Innovative TV Conference in Jerusalem. More information here.

Victoria Cook is part of DOC NYC's Law Day, presenting on the Filmmaking in the Trump Era panel at Cinepolis Chelsea. The firm sponsors this conference. More information can be found here.

Jeffrey A. Greenbaum and Victoria Cook present a seminar for SHOOTonline's Directors/Producers Forum 2017 focusing on the directors. The seminar will speak to contracts, career development, and branded content.

Sundance Institute Presents - Nuts and Bolts: From Text to Screen

Victoria Cook participates in a panel at the 2011 Creative Producing Summit held at the Sundance Resort in Utah.

Variety’s 2020 Legal Impact Report includes Victoria Cook for the deals she is closing for filmmakers, directors and on-air talent. The list includes legal professionals who made the biggest deals for entertainment industry clients in the past year. View Article

Variety’s 2020 New York Women’s Impact Report includes entertainment partner Victoria Cook. The report selects women based on their impact on the entertainment industry within the past year. View Article

Deadline mentions Victoria Cook as counsel to producer Meryl Poster who optioned the rights to the novel "Time of My Life” under a new deal at Columbia Pictures which Victoria negotiated. View Article

Deadline mentions Victoria Cook as counsel to Rod Blackhurst who will direct the upcoming film “Empire of Dirt” under his Witchcraft Motion Picture Company. View Article

Deadline mentions Victoria Cook as counsel to Rod Blackhurst who is set to direct the upcoming psychological horror “She Came Back.”  View Article

Radio Facts mentions Victoria Cook as counsel to the filmmakers who are developing a new documentary feature about Congressman John Robert Lewis with CNN Films and Trilogy Films. View Article

Variety included Victoria Cook and Andrew Hurwitz in its 2019 Legal Impact Report. The report spotlights the leading attorneys in the entertainment industry over the past year. View Article

Deadline and The Hollywood Reporter mention Victoria Cook as counsel to Augustine Frizzell who will direct the teen drama pilot “Euphoria” for HBO.

Deadline, The Hollywood Reporter and Variety mention Frankfurt Kurnit / Victoria Cook as representation to Nicole Kassel, who will direct and executive produce the ‘Watchmen’ pilot for HBO.

Above the Law mentioned Victoria Cook and Lisa E. Davis in their coverage of the Crain’s New York list of top 100 women lawyers in New York City. View Article

Crain’s New York Business included Victoria Cook and Lisa E. Davis in its 2018 inaugural list of Leading Women Lawyers in New York City. The honor is in recognition of their influence in the New York City business community. View Article

Discovery: A Q&A, in Brief

New York Metro Super Lawyers featured Victoria Cook in the article, “Another Inconvenient Truth”. In January Ms. Cook posted to Facebook about the misperception that the best documentary category at the Academy Awards is more inclusive than the other major award categories. The post received a lot of attention and further exposed bias in the industry.  View Article

SHOOT’s Directors/Producers Forum and evening New Directors Showcase, both held at the DGA Theatre in NYC on Thursday, May 25, offered a wide range of insights and observations, as well as substantive exposure for up-and-coming filmmaking talent. The Forum featured Jeff Greenbaum and Victoria Cook. Here’s a rundown of Forum proceedings. Read more.

A Dozen Takeaways From the UCLA Entertainment Symposium

The Hollywood Reporter quoted Victoria Cook on the growing risk of lawsuits by public figures against filmmakers. View Article

The New York Law Journal included Victoria Cook in its Top Women in Law list for 2016. The editors included female attorneys across New York who have had notable achievements over the past year. Victoria is one of only 30 attorneys selected. To read more about the honor, click here (subscription required).

Victoria Cook's article, "Gender Parity in Documentary Filmmaking Is A Fiction" is featured in Indiewire here. Further commentary on her piece can be found here.

Congratulations to our partner Victoria Cook who was listed by Variety in their annual New York Women's Impact Report. The report spotlights innovators, overachievers and the execs at the top of the Gotham entertainment business. View Article

Victoria Cook on CBS The Insider

Victoria Cook spoke with The Insider about the pending lawsuits against Fox's hit show, "The Empire."

State production tax incentives have become an increasingly important part of any financing plan for feature length fiction films. But what about documentary films? Read more.

Victoria Cook participated in the negotiation to add Brett Ratner as producer to the docu “Night Will Fall,” the story of the restoration of Alfred Hitchcock’s 1945 documentary on the Holocaust. View Article