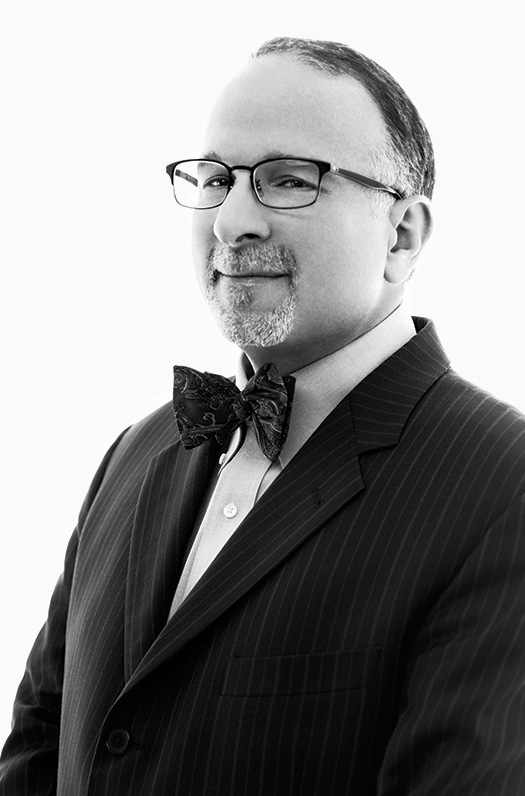 He has more than 25 years of experience in the professional responsibility field, representing lawyers in disciplinary matters and lawyers and law firms in partnership disputes. He also handles litigation involving professional responsibility issues, fee disputes, law firm disputes, disqualification, sanctions, and problems in the admission process for law graduates.

Mr. Maltz served 12 years in the Departmental Disciplinary Committee for the Appellate Division, including two years as First Deputy Chief Counsel (1998-2000) and nine years as Deputy Chief Counsel (1989-1998) for the Departmental Disciplinary Committee of the Appellate Division, First Judicial Department. Prior to joining the Committee, Mr. Maltz handled both criminal and civil litigation.

Mr. Maltz has been certified to teach an ethics CLE course by the New York State Continuing Legal Education Board and he lectures often on disciplinary and ethical issues for New York State, City, and County Bar associations and for private law firms. He has taught professional responsibility at Benjamin N. Cardozo School of Law, and has published articles in the New York Law Journal, New York State Bar Journal, and Georgetown Journal of Legal Ethics. Mr. Maltz sits on the editorial board for the New York Legal Ethics Reporter. He has also acted as an ethics expert.

Mr. Maltz is admitted to practice in New York.

Best Lawyers in America in Ethics and Professional Responsibility

Richard Maltz presents "25 Trial Issues That Keep You Up in the Middle of the Night" for the New York State Trial Lawyers Institute.

Richard Maltz and Nicole Hyland speak at a CLE program at the NY City Bar Association on the "Ethical Dangers of Lawyers Using Technology & Social Media".

Richard Maltz presents a CLE at the City Bar Center for Bridge the Gap Corporate Program on "Escrow Accounts: Learn the Rules/Avoid the Pitfalls".

Richard Maltz speaks at a telebriefing on the implications of the ruling on the Alexander v. Cahill case for Law Seminars International.

Richard Maltz presents "What's New for 2010" at the New York State Bar Association's Introductory Lessons on Ethics and Civility for a 2010 event at the Hotel Pennsylvania in New York City.

Law30 published Richard Maltz’s article “In Bar Admissions Process, its Candor or Bust” in their expert analysis section. The article discusses the character and fitness interview portion of the bar admissions process. (Behind paywall) View Article

At the request of a non-party, the US Court of Appeals for the Second Circuit recently disqualified the law firm BakerHostetler LLP ("Baker") from representing its client Prevezon Holdings Ltd. ("Prevezon"). Read more.

Anyone who has ever had to litigate a dispute knows how important the attorney-client privilege is. Read more.

Not Just a New York State of Mind: Nonresident Lawyers Must Have a Physical Office in New York

On Friday, the United States Court of Appeals for the Second Circuit struck a blow to nonresident lawyers looking to practice in New York State. Read more.

Law firms often struggle to determine when the rules of professional conduct permit representation of clients who compete in the marketplace. When is it OK, for example, to represent clients with competing patents, trademarks, or copyrights? A recent Massachusetts Supreme Judicial Court case provides important guidance for IP lawyers -- particularly those representing clients with patents. Read more.

In a thrilling and important development, New York has promulgated a new Court Rule, 22 NYCRR § 523 ("Section 523"), that allows lawyers admitted in other jurisdictions, but not admitted in New York, to practice here under certain circumstances. Read more.

Dividing a Fee with a Per Diem Lawyer

As hurricane Joaquin barrels towards the Northeast, New York lawyers may be reminded of the damage caused by Superstorm Sandy as well as other recent disasters. Read more.

Escrow Accounts After ‘Galasso’: You Are Your Brother’s Keeper

Escrow Accounts After ‘Galasso’: You Are Your Brother’s Keeper

In a decision with far reaching implications for law firms and their clients, the New York Court of Appeals firmly rejected the application of the "unfinished business" doctrine - an important principle of partnership law - to lawyers and law firms. Read more.

In the current legal and economic climate, some lawyers are using - or considering using - so-called "virtual law offices". Read more.

Ethics Roundup for 2013: Six Developments that Affect the Way We Practice Law

Our work as professional responsibility attorneys over the past year has given us a front row seat to the most bedeviling ethical conundrums faced by lawyers. In our final Ethics Alert of 2013, we re-cap six important developments for New York-area lawyers, along with tips for staying on the right side of the line. Read more.

Increasingly, lawyers are faced with questions about whether they should advise clients about the use of social media. While news reports and ethics opinions have focused primarily on lawyers' social media use, the issue of client counseling has received less attention. Now, a new ethics Opinion by the New York County Lawyers Association concludes that lawyers may ethically counsel clients about their use of social media, including, in some circumstances, advising them to "take down" social media content. Read more.

Learn How to Stay Out of Trouble: PLI’s Ethics Update

The Metropolitan Corporate Counsel mentioned Richard Maltz as a panelist for the PLI’s annual ethics update "Learn How to Stay Out of Trouble" on December 22nd. View Article