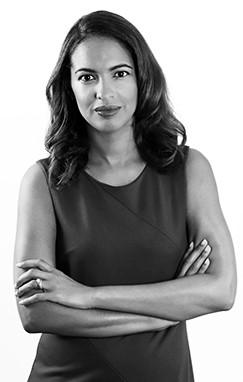 Marcie Cleary is counsel to the Entertainment Group at Frankfurt Kurnit, representing clients in the film, television, digital, and book publishing industries.

Ms. Cleary structures and negotiates entertainment transactions for individual and corporate clients in the film, television, digital, and book publishing industries. Her clients include actors, on-air personalities, writers, directors and authors. Ms. Cleary has significant experience representing comedians, including major deals with high-profile comedians as well as representing up-and-coming comedians in connection with deals for stand-up specials, television and digital series, motion pictures, podcasts, and recorded albums. Variety featured Marcie in the "Up Next" section of the magazine's 2018 Legal Impact Report.

Before joining Frankfurt Kurnit, Ms. Cleary was a corporate associate at Paul, Weiss, Rifkind, Wharton & Garrison LLP where her experience included advising William Morris Endeavor Entertainment (WME) on its strategic partnership with, and sale of a minority interest to, Silver Lake, and advising Apollo Global Management on its acquisition of CKX, Inc., an owner of rights to the American Idol franchise and the Elvis Presley Estate.

Ms. Cleary is a member of the Yale Law School Association Executive Committee, the New York University Lawyer Alumni Mentoring Program Advisory Board, and the Harlem School of the Arts Associate Board. She is admitted to practice in New York.

Variety's "Up Next" List of the 2018 Legal Impact Report

People of Color in Entertainment

Marcie Cleary speaks on the business panel at the People of Color in Entertainment program in Los Angeles.

Marcie Cleary presents “Representing the Culture Creators in the Digital Era” during a panel at the National Bar Association’s 94th Annual Convention at the Sheraton New York Times Square in New York City.

The Business of Comedy: How to Get Representation

Marcie Cleary presents “The Business of Comedy: How to Get Representation” during a panel hosted by Stark White Entertainment in New York City.

Marcie Cleary at the She Makes Me Laugh Festival

Marcie Cleary speaks on the panel “The Business of Comedy” at the She Makes Me Laugh Festival in New York City.

The Future of Entertainment and Digital Media

Marcie Cleary speaks on a panel about the future of entertainment and digital media for the Entertainment and Sports Law Society at the University of Pennsylvania Law School.

Richard Hofstetter, Julie Murray and Marcie Cleary present a Legal Q&A Session at the New York Television Festival beginning at 10AM at the Helen Mills Theater.

Rachel Santori and Marcie Cleary guest lecture at Fordham Law School on March 12th for a class on intellectual property and entertainment issues.

Marcie Cleary speaks on a Fashion Law Panel at Brooklyn Law School. Other speakers include counsel from Louis Vuitton and Michael Kors.

Marcie Cleary speaks at the "Exploring Legal Careers" workshop held by the Wasserman Center for Career Development at NYU.

Production During the Pandemic

The Show Must Go On: Production During the Pandemic

From pitch meetings to development and production, COVID-19 has changed the way creatives and their representatives do business. Read more.

Variety features Marcie Cleary in the “Up Next” section of the 2018 Legal Impact Report. She is recognized as a rising lawyer in the entertainment industry. View Article