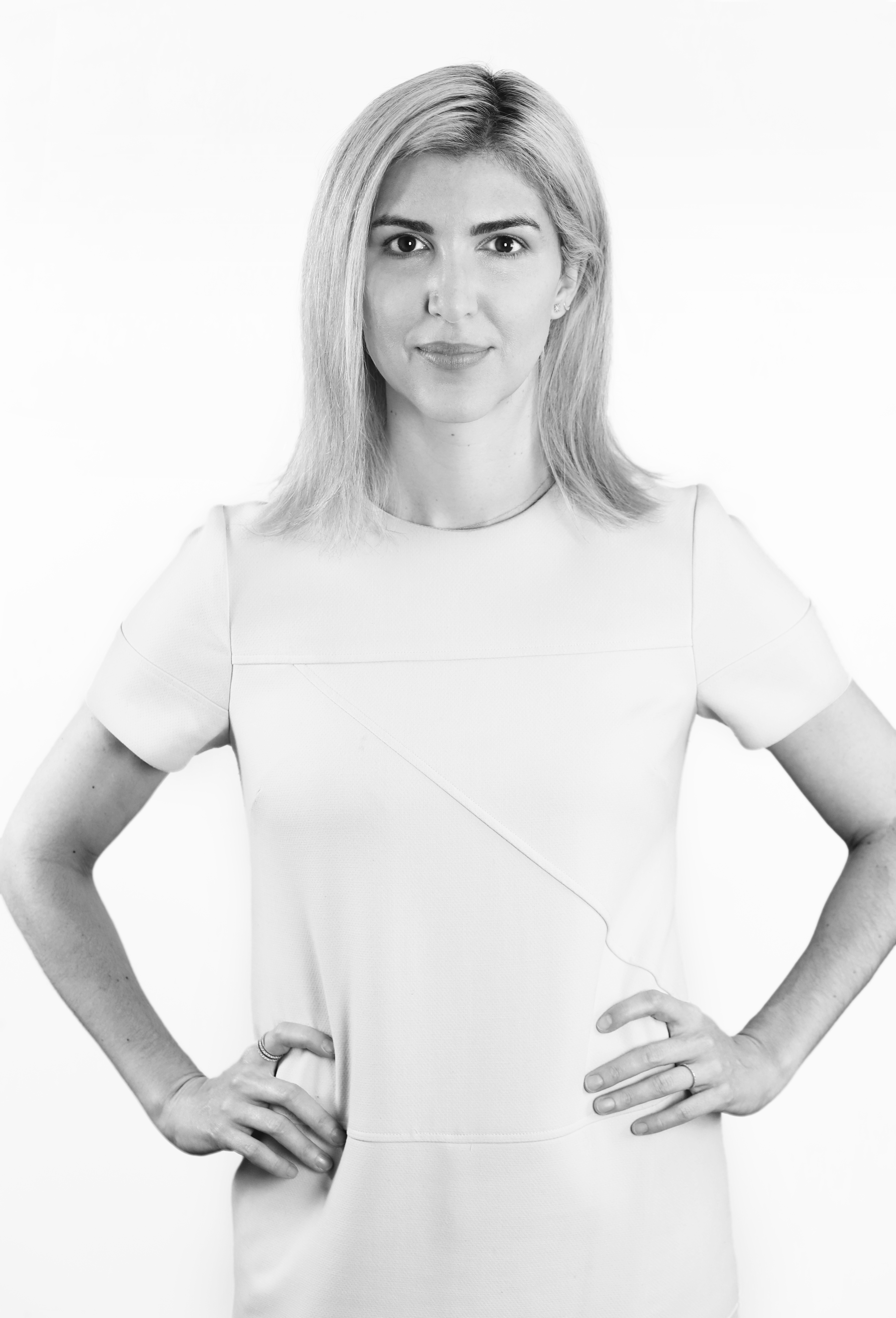 Rachel Santori, formerly Rachel Kronman, is counsel to the Intellectual Property and Trademark & Brand Management Groups at Frankfurt Kurnit. She represents clients at all levels in a wide variety of industries including fashion, music, film, television, literature, advertising, hospitality, design, entertainment, sports, and transportation among others.

Ms. Santori has special expertise in brand-building and brand protection. She is experienced in all aspects of domestic and international trademark law, including directing trademark portfolio programs, counseling clients on the selection and clearance of marks, trademark prosecution in the USPTO and abroad, and opposition and cancellation proceedings before the TTAB and in foreign tribunals. Ms. Santori works with clients to create unique brands and brand protection and enforcement policies. She handles preliminary and full trademark clearance, drafting and negotiating license, settlement, and coexistence agreements, and enforcing and protecting trademark and trade dress rights. Ms. Santori regularly advises on a wide range of trademark matters including licensing, proper trademark use and notice, brand and trademark expansion strategy, joint trademark ownership, brand guidelines, strategies to exploit intellectual property rights, trademark use in social media, and website, search engine, and domain name issues. Ms. Santori also has expertise in publicity rights, celebrity branding, promotional and advertising issues, copyright, trade dress, search engine management and intellectual property related due diligence.

Prior to joining Frankfurt Kurnit, Ms. Santori was an associate with Wilson Elser Moskowitz Edelman & Dicker in the Intellectual Property practice group, and was also affiliated with Beigelman, Feiner & Feldman, PC and Lincoln Center for the Performing Arts.

She is a member of the New York City Bar (Trademarks and Unfair Competition Committee), INTA (selected for the Brands and Innovation Committee), the New York State Bar, and the Copyright Society. Ms. Santori is admitted to practice in New York state courts and federal courts in the Southern and Eastern Districts of New York.

The Best of 2021: Trademark Decisions Practitioners Should Know About

Join Kimberly Maynard, leading a discussion with Catherine Farrelly, Rachel Santori, and Kristina D’Angelo of significant 2021 trademark decisions from the Federal Courts and the Trademark Trial and Appeal Board that trademark practitioners should know about. Read more.

Putting 2020 Behind Us: Lessons from Ten Important Trademark Decisions of the Year

2020 was a big year for trademarks. Join Catherine Farrelly, Kimberly Maynard, and Rachel Santori for a discussion of ten important trademark decisions from the Federal Courts and the Trademark Trial and Appeal Board covering the unlawful use doctrine, color marks, parody and the First Amendment, standing, laches, and more. Read more.

Rachel Santori Speaks at Brunetti & Beyond in LA

Rachel Santori speaks at Brunetti & Beyond: Deciphering the SCOTUS Decision on Scandalous & Immoral Trademarks, organized by the Beverly Hills Bar Association in LA.

The Year in Review: IP

The Future of Brand Protection

Rachel Santori speaks on “The Future of Brand Protection” during a program for the Business Development Institute (BDI) at Aureole restaurant.

Rachel Santori speaks on “What Luna, Chicago and Suri Need to Know: Issues with Famous Last Names and Other Personal Name Trademarks in the U.S. and Internationally" at the International Trademark Association's annual meeting in Boston.

The New York Fashion Tech Lab and Frankfurt Kurnit invite you to a workshop where we will focus on three key areas for early and growth stage companies: Financing, IP and Employment. Read more.

Fair Use in Fashion and Art: Recent Trends and Developments in the United States

Rachel Santori hosts a roundtable for INTA on, "Fair Use in Fashion and Art: Recent Trends and Developments in the United States".

Rachel Santori presents a CLE for Lawline on Trademarks in Wearable Technology.

Rachel Santori gives a webinar on Fluid Trademarks for the Knowledge Congress.

Cuba: Is Your Trademark in Jeopardy?

Rachel Santori and Marcie Cleary guest lecture at Fordham Law School on March 12th for a class on intellectual property and entertainment issues.

Best Trends and Practices to Protect Your Brands

Rachel Santori speaks via live webcast in The Knowledge Group event: "Best Practices to Protect Your Brands" beginning at 3:00 PM.

Rachel Santori hosts an INTA roundtable at Frankfurt Kurnit on some of the key trademark cases from the past year.

Rachel Santori presents a CLE sponsored by the Clear Law Institute on "Trademark and Brand Protection in the New gTLDs" via webcast.

TMA Roundtable: Treaties Around the World and Understanding Their Purpose

Rachel Santori moderates a panel on trademarks and the new gTLDs and Christopher Chase speaks on a panel about trademark issues in advertising at the New York City Bar Trademark Symposium.

Rachel Santori speaks on "The Spectrum of Style" at the Fordham Law Fashion Institute Symposium on trademark issues in China. Frankfurt Kurnit sponsors the event.

The U.S. Patent and Trademark Office (“USPTO”) is the subject of some new and sophisticated email rackets. Read more.

Here’s some news for brands, creators, and other entities developing nonconforming names or entertainment content. Yesterday, the Supreme Court ruled that FUCT and other profane, “scandalous” or “immoral” words may be registered as trademarks. Read more.

On Monday, the Supreme Court agreed to hear arguments in Star Athletica v. Varsity Brands, which could set the stage for greater clarity in copyright law in the fashion and design industries. Read more.

Copyright Protection a Must for Designers, According to Panelists at Fashion Law Institute Panel

Rachel Kronman is quoted in the Women's Wear Daily article, "Copyright Protection a Must for Designers, According to Panelists at Fashion Law Institute Panel".

The Recorder interviewed Rachel Kronman about the future of wearable technology. (Article behind a paywall) View Article

Protect Your Trademarks in Cuba Now

With President Obama's December 17, 2014 announcement of the reestablishment of diplomatic relations with Cuba, a number of travel and trade restrictions with Cuba have been lifted, with more expected to follow. Read more.

Craig Whitney and Rachel Kronman wrote an article published by the NYSBA Bright Ideas magazine. The article was originally published in Vol. 24, No. 3 of Bright Ideas (Winter 2015), a publication of the Intellectual Property Law Section of the New York State Bar Association. View Article

Viral marketing: Out in the Cold

New Generic Domain Names (gTLDs): How to Protect Your Brand During the Rollout

The Internet is expanding from 23 familiar "top level" (or after-the-"dot") domain names such as .COM, .ORG and .BIZ to an unlimited number of new domains. Read more.

Proposed Bill Would Help Brand Owners Keep Trademark and Copyright Infringing Goods Out of the U.S.

The rise of eReader devices and eReader marketplaces provides more and more opportunities for online self-publishers. While these technologies have given a myriad of authors the joy and remuneration of publishing their work, they have also led to modern abuses – abuses that affect intellectual property owners and consumers alike. Read more.