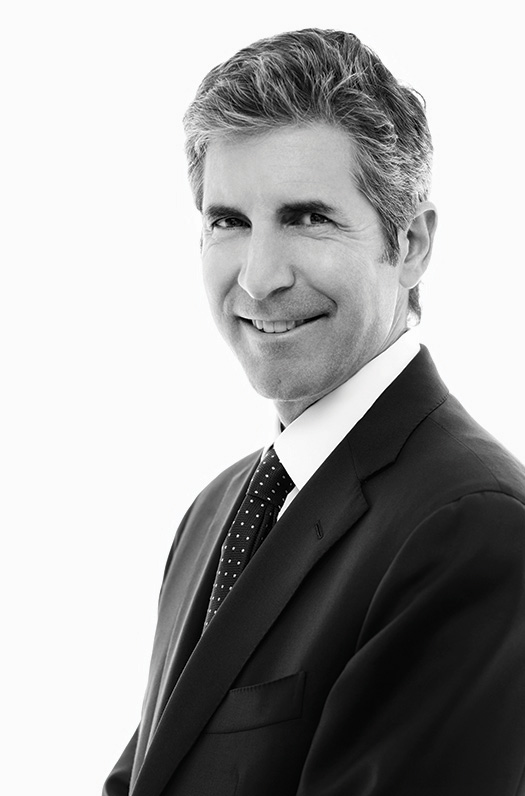 Andrew Hurwitz is a partner and Co-Chair of the Entertainment Group at Frankfurt Kurnit and a founding partner of the firm’s Los Angeles office. He represents award-winning entertainment talent and owners of intellectual property and is widely considered one of the nation’s top film and television industry lawyers.

Mr. Hurwitz provides a full range of transactional and advisory services to clients in the motion picture, television, and digital rights businesses. He has negotiated and structured virtually every type of development, production, financing, and distribution agreement. He also advises on corporate matters -- including acquisitions and joint ventures and on employment matters for senior media executives. His clients include writers, directors, actors, producers, financiers, as well as media companies and their executives. As many of his clients reside in the United Kingdom, Europe, and the Middle East, he has extensive experience advising clients in connection with cross-border entertainment, intellectual property and labor issues.

He works closely with attorneys in the firm with litigation and intellectual property expertise in securing, enforcing and exploiting valuable rights owned by best-selling authors, literary estates and toy companies in a rapidly changing media environment. His strategic counsel is frequently sought to resolve disputes and untangle complex business problems.

Mr. Hurwitz has taught the entertainment law seminar at New York Law School as well as motion picture business classes at Yale University and the Czech film school FAMU in Prague. He is a frequent panelist at industry and continuing legal education events and has written articles for The Hollywood Reporter and other publications.

Why ‘Rust’ Producers May Choose Bankruptcy Next

The Hollywood Reporter quotes Andrew Hurwitz on the implications surrounding the fatal shooting on the set of “Rust.” View Article

‘Peacemaker’: Here Are the Directors of John Cena’s DC Series on HBO Max

The Legal 500 praises three of our practice groups: Advertising & Marketing; Entertainment; and Privacy & Data Security. The London-based directory spotlighted fifteen of our attorneys individually: Lisa E. Davis, Daniel Goldberg, Richard Heller, Andrew Hurwitz, Candice Kersh, and Michael Williams. Julie Murray is listed as a “Next Generation Partner” in Entertainment. Christopher R. Chase, Jeffrey A. Greenbaum, Brian G. Murphy and Terri Seligman are listed as “Leading Lawyers” in Advertising. Dorian Slater Thomas and Matthew Vittone are listed as a “Rising Stars” in Advertising. Rick Kurnit is in the “Hall of Fame” for Advertising.

The Hollywood Reporter mentions Andrew Hurwitz as counsel to Zach Dean whose script “The Gorge” was picked up by Skydance. View Article

Netflix Scoops Series of Vaughan’s Anatomy of a Scandal

The Bookseller mentions Andrew Hurwitz as part of the team who brokered the screen rights deal for “Anatomy of a Scandal” which is being turned into a six-part Netflix series. View Article

The Peacock Is Landing: NBCUniversal And Comcast Set To Tout Streaming Service

Variety included Victoria Cook and Andrew Hurwitz in its 2019 Legal Impact Report. The report spotlights the leading attorneys in the entertainment industry over the past year. View Article

The Hollywood Reporter quotes Andrew Hurwitz in an article about the current labor tension between Writers Guild members and talent agents. View Article

Andrew Hurwitz is featured in Crain's New York Business at a fundraising dinner for Services for the UnderServed (see photo #3 of 6). View Article

Andrew Hurwitz is featured in the New York Social Diary's coverage of the Evening of Opportunity hosted by Services for the UnderServed (SUS). View Article

Andrew Hurwitz in the Hollywood Reporter

The Hollywood Reporter listed Andrew Hurwitz as counsel for Josh Radnor, star of How I Met Your Mother and writer and director of two Sundance features. View Article

Andrew Hurwitz in the Hollywood Reporter

Andrew Hurwitz was mentioned as the lawyer for Director, Tom McCarthy. Read more.

Variety cited Andrew Hurwitz and Alan Sacks as counsel to Freestyle Releasing in its acquisition of  North American rights for the sketch-comedy "Inappropriate Comedy." View Article