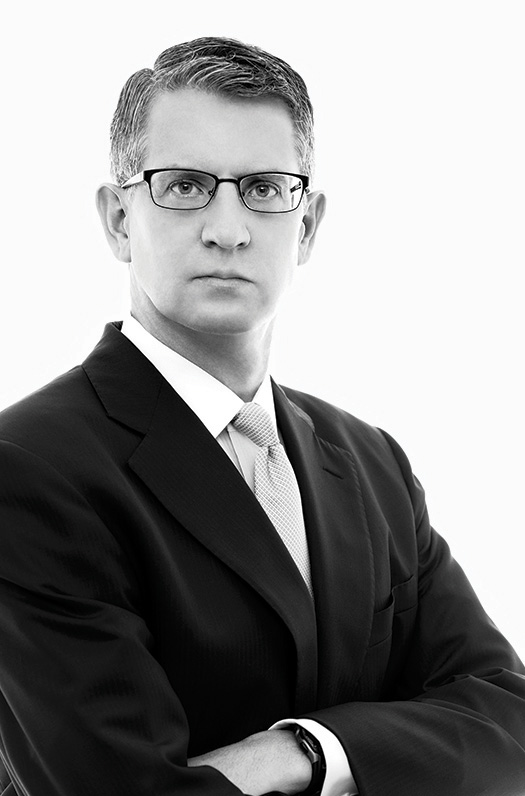 Gavin D. McElroy is a partner in the Advertising, Marketing & Public Relations Group and is Chair of the Executive Compensation Group.

The Legal 500 has listed Mr. McElroy among the nation’s leading media and technology lawyers, praising his capabilities. And Chambers USA America’s Leading Lawyers for Business has praised Mr. McElroy for his handling of corporate restructuring and mergers and acquisitions work for agencies. Super Lawyers magazine lists Mr. McElroy as a “Super Lawyer” in Employment & Labor, Mergers & Acquisitions, and Intellectual Property. M&A Awards listed him as the PR & Media Lawyer of the Year - USA for 2016.

Mr. McElroy is also a member of the Corporate & Finance Group. He advises clients on preparation for potential sales, mergers and acquisitions, employment and compensation matters, equity and ownership issues, bringing partners in and out of companies, and buy-sell arrangements. He helps businesses protect and exploit intellectual property in and across all media. In addition, Mr. McElroy assists with strategic planning, and helps clients adapt their business models to the ever-changing legal, regulatory, and technological landscape.

Mr. McElroy lectures for the American Association of Advertising Agencies and the Conference Board. He has been quoted in The Wall Street Journal, Advertising Age, Adweek, The Newark Star Ledger, and other trade publications on advertising, media and employment issues.

The Legal 500 for Media, Technology and Telecoms: Advertising and Marketing

Walking the Talk on DEI: Reviews, Promotions, and Retention

Walking the Talk on DEI: Planning and Implementing Your Company’s DEI Program

It’s one thing to envision a Diversity, Equity, & Inclusion Program. It’s another thing to plan one. And it’s a third thing to plan one right –– meaning in compliance with federal, state and local rules. To help you develop a DEI program that serves the company, its workforce, and avoids legal pitfalls, Frankfurt Kurnit’s Employment Compliance, Training & Litigation Group is hosting Walking the Talk on DEI –– a series of complimentary seminars. Read more.

Gavin McElroy leads a discussion on "Incentive Compensation" at the Society of Digital Agencies global member meeting in Nashville, TN.

Gavin McElroy speaks on corporate and business issues for beauty professionals to members of theKnow.

Gavin McElroy speaks during the SoDA Academy’s interdisciplinary session on hiring and incentivizing talent, and mergers and sales, in Long Island City.

Rewired or Retired: Managing the Next 20 Years of Your Career

The good news: senior executives are working longer - and better. But the bad news is that many executives arrive at key junctures of their careers with no plan and no leverage. Let our panel help you work on your career instead of just in it. Read more.

PGA: Employment Law Inside and Outside of Production

Gavin McElroy speaks at the Producers Guild of America's "Employment Law Inside and Outside of Production."

The media and technology industries are expanding rapidly. Is there a role for you in the explosion of new executive positions with responsibility for analytics, social media, information architecture, user experience, data security and so much more? Read more.

We are proud to sponsor and host a Society of Digital Agencies ("SoDA") meetup. We have a limited number of complimentary passes available for friends of Frankfurt Kurnit. Read more.

Millennials born between 1980 and 1990 are fast becoming a growing influence in our workforce. To grow your business you need to hire, retain and manage this group as they are the future of any organization. Read more.

Gavin McElroy will give a talk along with a compensation consultant for the NYSSCPA on alternate compensation strategies.

Gavin McElroy and Bob Sanders, President of Sanders Consulting Group, lead a discussion on how to conduct business in an evolving business and legal climate at the Sanders Consulting New York New Business Energizer Event. Frankfurt Kurnit hosts the event.

Law360 quotes Gavin McElroy on Les Moonves decision to take CBS to arbitration over their denial of his severance pay. Mr. McElroy states the arbitration will center on the details of Moonves’s contract and the investigators report based on his actions. (Behind paywall) View Article

A federal court in Texas has halted nationwide preparations for the new FLSA overtime rule set to go into effect on December 1, 2016. That rule raised the salary basis required to maintain federal overtime exemptions from $455 per week to $913 per week, and included a mechanism for automatically updating the salary limits every three years. Read more.

Important changes to federal overtime rules are right around the corner. Read more.

Gavin McElroy was named by the 2016 International M&A Awards as the PR & Media Lawyer of the Year - USA.

On April 4, 2016, Governor Cuomo signed into law amendments to the New York Labor and Workers' Compensation laws that raised the New York State hourly minimum wage to $15, and provided for paid-family-leave time for most employees. For some New York businesses, the first deadline for compliance is December 31, 2016. Read more.

Here's some important news for persons owning interests in companies operating in New York that are registered in other states. Read more.

Gavin McElroy is Interviewed by the Troyanos Group

Your summer interns have only just arrived - and, as you may have heard, the law governing classification of interns has changed. Read more.

If your company safeguards its trade secrets but encourages employee social media use, you may want to review the recent California federal court decision in Cellular Accessories for Less, Inc. v. Trinitas LLC. Read more.

On Wednesday February 26th, the New York City Council voted 46-to-5 to expand the Earned Sick Time Act that is scheduled to go into effect on April 1, 2014. Under the amended law, all businesses with at least five employees (or one domestic worker) must provide workers with five paid sick days a year. Read more.

E-mail can be powerful evidence in a dispute, and whether employers and criminal investigators may use employee e-mail in litigation proceedings is a hot topic. A recent New York federal court decision outlined the current law in this area. Read more.

Beginning June 11, 2013, a new New York City law aims to prohibit employers from basing hiring decisions on an applicant's unemployment status. The new law, which amends the New York City Human Rights Law, also bars job advertisements that require applicants to be employed. New York City employers should note the change in the law and take steps to ensure their hiring policies and procedures are in compliance. Here's a summary. Read more.

New I-9 Forms Take Effect May 8

On March 8, 2013, the U.S. Citizenship and Immigration Services published a revised Form I-9 for use in verifying employment eligibility. Read more.

When Do Writers Fall Within the FLSA “Creative” Exemption?

The Fair Labor Standards Act (FLSA) establishes minimum wage and overtime pay standards for employees. How you classify employees under the FLSA is critical: there's a lot of money involved, and a mistake can lead to audits, class action lawsuits, and unnecessary expense. Two recent cases have focused on an especially difficult area of classification law - the so-called "creative professional exemption." It's an area of particular import for owners and managers in creative industries. Read more.

Plaintiffs alleging sex discrimination in cases of same-sex harassment often have a more difficult row to hoe than plaintiffs complaining of opposite-gender harassment. For example, employers have sometimes been able to dismiss same-sex sexual harassment claims by arguing the offending words or actions did not express actual sexual desire or arise from perceived sexual orientation. But these arguments do not always work, as a New York employer learned this week. Read more.

Was $70,000 Salary Reduction a “Constructive Termination” - or Did Employee Resign?

When an employment situation deteriorates, one high-stakes question is whether an employer will have to make a contractually guaranteed severance payment. Severance payments can be substantial. But an employer who takes the position an employee resigned and is not entitled to severance may find itself in an expensive litigation. Read more.

The following questions are aimed at obtaining the maximum total compensation package and revealing any weaknesses in the proposed structure. Read more.

The old joke is that the assets of the agency go up and down in the elevator every day. In other words, people (along with clients and reputation) are an agency’s most important asset, and hiring and keeping key talent has never been more important. Read more.

How to Get the Best Talent

The federal government and many city and state governments have programs designed to increase the flow of contracts to minority-owned and women-owned businesses. A recent example of a firm winning status as a women-owned business is Public Communications Inc. of Chicago. It won the designation of "Women's Business Enterprise" from the Women's Business Development Center, Chicago, and is seeking similar recognition from city, county, state and federal offices. Read more.

PR professionals who strike out on their own face legal and accounting issues but they are by no means daunting.A sole proprietor will have far fewer issues than a group of PR people starting a business. Sole proprietor may make sense if the business is small and the owner has few assets. If you just do business under your own name, there's no need even to file a DBA (Doing Business As) form with the state or county. Read more.

Smaller PR firms usually don't offer stock to employees because this raises complicated tax issues and minority ownership protection issues. It can also be costly to set up such a program. Also, PR firms may have to repurchase their own equity at a later date and take a financial hit. An alternative is "phantom stock" which lets employees share in the growth of a firm but eliminates the complications of actual stock. Read more.

Be Wary of Freelance ‘Solution’

During the 1990's, the New York Dept. of Labor audited many ad agencies and related businesses and forced many of them to re-classify some freelancers as employees. Litigation was used with some firms. The state wants individuals to be covered by unemployment and health insurance so they won't become a burden to the state. Read more.