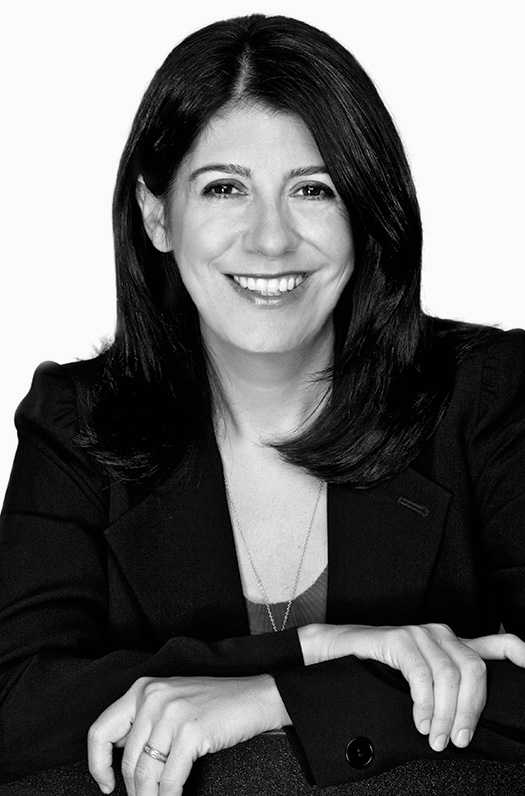 Wendy Stryker is a partner in the Employment Compliance, Training & Litigation Group at Frankfurt Kurnit. She represents marketing services agencies, media and entertainment companies, tech startups, and other sophisticated corporations and individual executives in New York State and Federal courts and before administrative agencies and self-regulatory organizations.

Ms. Stryker also effectively plays the role of outside general counsel. She advises on a wide variety of employment issues as they arise, including discrimination and harassment, employee classification, wage and hour, employee discipline, employee use of social media, background checks, interview questions, and requests for disability accommodations. She regularly helps clients manage litigation risk through expert guidance and the design and implementation of compliance and training programs.

Ms. Stryker is a member of the Board of Directors of the New York Civil Liberties Union and is a member of the New York City Bar Association Labor and Employment Law Committee and the Media Law Resource Center Employment Law Committee. She has successfully represented two New York City tenant advocacy groups on a pro bono basis, helping them to defeat on First Amendment grounds a landlord’s attempt to ban their community service efforts. Prior to joining Frankfurt Kurnit, Ms. Stryker was a law clerk to the Honorable Michael H. Dolinger, United States Magistrate Judge for the Southern District of New York. She is admitted to practice in New York.

The ABCs of Independent Contractors in California and New York

You are invited to join attorneys from Frankfurt Kurnit's Employment Compliance, Training & Litigation Group for a roundtable discussion and workshop that will address the classification of independent contractors and employees under rapidly changing California and New York law. Read more.

Get Ready for New Anti-Harassment Rules

Candice Kersh and Wendy Stryker present on the new anti-harassment laws in New York State and New York City on the morning of July 18th at the Frankfurt Kurnit NY office. Read more.

Sexual Harassment & the Law: A Call to Action for Lawyers in the Era of #MeToo

Wendy Stryker speaks on the panel “Sexual Harassment & the Law: A Call to Action for Lawyers in the Era of #MeToo” for the New York City Bar Association. More information can be found here.

Preventing Discrimination and Harassment in the Creative Workplace

Wendy Stryker participates in the American Association of Advertising Agencies’ webinar "Preventing Discrimination and Harassment in the Creative Worplace".

The New York Fashion Tech Lab and Frankfurt Kurnit invite you to a workshop where we will focus on three key areas for early and growth stage companies: Financing, IP and Employment. Read more.

Wendy Stryker speaks at South by Southwest Interactive on “Employment Law Issues in the Virtual Workplace.”

Wendy Stryker participates in a panel on "Discrimination in the Workplace" at The HNW Same Sex Family: Going Global Conference in Brighton, U.K. The ABA Section of International Law and International Association of Young Lawyers sponsor the conference.

Rules of the Road: Four Areas of Law Every Social Media Maven Should Know

Employees talk about everything on social media. Their supervisors. Their clients. The pitch they worked on all night. While many of these comments are harmless, some violate workplace rules or threaten company interests. Read more.

Running Your Restaurant: Preventing Wage and Hours Claims by Employees in the Hospitality Industry

The Restaurant Group at Frankfurt Kurnit hosts "Running Your Restaurant: Preventing Wage and Hours Claims by Employees in the Hospitality Industry" on January 7, 2014. Read more.

Wendy Stryker speaks on "Combating Workplace Disparity through Legislation" at the 2012 Women on the Move program at the Concierge Conference Center in New York.

Association for Neighborhood Housing and Development

Wendy Stryker and the Urban Justice League present an anti-SLAPP training program for the Association for Neighborhood Housing and Development.

Wendy Stryker presents a CLE luncheon on how employers can avoid liability for hostile work environments, and for discrimination in hiring and other situations at the offices of Frankfurt Kurnit.

Increases to the New York State minimum hourly wage for non-exempt employees and increases in the minimum salary for exempt administrative and executive employees take effect on December 31, 2019. The required minimum rate and salary depends on the employee’s location and number of employees. Read more.

Dramatic changes in New York’s sexual harassment laws are effective now, or will go into effect shortly. New York employers will have to adapt and take some important steps to comply. Here’s a summary of what all New York employers need to know.  Read more.

New York Readies Dramatic New Harassment Rules – What Are the Changes, and Are You Prepared to Comply?

Are You Ready for New York’s New Anti-Harassment Rules?

Many New York employers are days away from a number of important compliance deadlines relating to the recently enacted New York State anti-sexual harassment laws (a link to our prior alert on these laws is here). We have provided a summary of what covered employers need to do.  Read more.

In May, we circulated an update about New York State and New York City's new anti-harassment laws and how to comply with them. Read more.

Law360 mentions Wendy Stryker in an article about companies strengthening their harassment policies in the wake of the #MeToo movement. Wendy notes anonymous company hotlines have become a popular way to report harassment. (Behind paywall) View Article

How to Comply with New York’s New Anti-Harassment Rules

A federal court in Texas has halted nationwide preparations for the new FLSA overtime rule set to go into effect on December 1, 2016. That rule raised the salary basis required to maintain federal overtime exemptions from $455 per week to $913 per week, and included a mechanism for automatically updating the salary limits every three years. Read more.

Wendy Stryker is mentioned in theThe Society for Human Resources Managementarticle, "Hospitality Industry Will Have to Weigh Options in Wake of Overtime Rule". View Article

As we noted in an alert last week, the Defend Trade Secrets Act of 2016 ("DTSA") creates a private right of action to sue in federal court for trade secret misappropriation, and provides for remedies including actual damages and attorneys' fees. Read more.

Wendy Stryker appeared on SiriusXM’s Morning Briefing with Tim Farley, where she discussed the new federal overtime rules and how those rules will affect media, entertainment and hospitality industry businesses. Listen to the six-minute interview here.

Important changes to federal overtime rules are right around the corner. Read more.

On April 4, 2016, Governor Cuomo signed into law amendments to the New York Labor and Workers' Compensation laws that raised the New York State hourly minimum wage to $15, and provided for paid-family-leave time for most employees. For some New York businesses, the first deadline for compliance is December 31, 2016. Read more.

Here's some important news for persons owning interests in companies operating in New York that are registered in other states. Read more.

Your summer interns have only just arrived - and, as you may have heard, the law governing classification of interns has changed. Read more.

Can You Require Your Employees To Be On Facebook?

Wendy Stryker is interviewed by Adriana Gardella in the Forbes article, "Can You Require Your Employees To Be On Facebook?". View Article

Here’s Why Employees Can Trash Their Bosses On Social Media

Forbes quoted Wendy Stryker on labor laws with regard to social media in "Here's Why Employees Can Trash Their Bosses On Social Media". View Article

If your company safeguards its trade secrets but encourages employee social media use, you may want to review the recent California federal court decision in Cellular Accessories for Less, Inc. v. Trinitas LLC. Read more.

10 Job Interview Questions that Could Land You in Legal Trouble

On Wednesday February 26th, the New York City Council voted 46-to-5 to expand the Earned Sick Time Act that is scheduled to go into effect on April 1, 2014. Under the amended law, all businesses with at least five employees (or one domestic worker) must provide workers with five paid sick days a year. Read more.

On November 21, 2013, the Second Circuit in New York issued a decision in Barenboim v. Starbucks, interpreting § 196-d of New York's Labor Law, which prohibits an employer, his or her agent or an officer of a corporation from retaining any part of a gratuity. Read more.

On October 21, New York State passed a new child labor law. This law adds print and runway models under the age of 18 to the definition of "child performers" protected by the New York Labor Law.  Read more.

E-mail can be powerful evidence in a dispute, and whether employers and criminal investigators may use employee e-mail in litigation proceedings is a hot topic. A recent New York federal court decision outlined the current law in this area. Read more.

Beginning June 11, 2013, a new New York City law aims to prohibit employers from basing hiring decisions on an applicant's unemployment status. The new law, which amends the New York City Human Rights Law, also bars job advertisements that require applicants to be employed. New York City employers should note the change in the law and take steps to ensure their hiring policies and procedures are in compliance. Here's a summary. Read more.

New I-9 Forms Take Effect May 8

On March 8, 2013, the U.S. Citizenship and Immigration Services published a revised Form I-9 for use in verifying employment eligibility. Read more.

When Do Writers Fall Within the FLSA “Creative” Exemption?

The Fair Labor Standards Act (FLSA) establishes minimum wage and overtime pay standards for employees. How you classify employees under the FLSA is critical: there's a lot of money involved, and a mistake can lead to audits, class action lawsuits, and unnecessary expense. Two recent cases have focused on an especially difficult area of classification law - the so-called "creative professional exemption." It's an area of particular import for owners and managers in creative industries. Read more.

Plaintiffs alleging sex discrimination in cases of same-sex harassment often have a more difficult row to hoe than plaintiffs complaining of opposite-gender harassment. For example, employers have sometimes been able to dismiss same-sex sexual harassment claims by arguing the offending words or actions did not express actual sexual desire or arise from perceived sexual orientation. But these arguments do not always work, as a New York employer learned this week. Read more.

How to Reduce the Risk of Sexual Harassment in Your Workplace

News that the Republican presidential candidate Herman Cain once settled charges of sexual harassment has once again placed this complicated issue in the public eye. Read more.

CFOZone.com featured Wendy Stryker in an article about a recently filed complaint by the NLRB against an ambulance company, American Medical Response of Connecticut, which said that the firm illegally fired an employee for comments she made on Facebook.

While an innovative social media campaign can be a great boon to business, corporate America is becoming increasingly aware of the inherent dangers of social media as well. In particular, employees' statements about employers on personal Facebook, Twitter and other social media accounts have the potential to cause a company a PR nightmare, or even subject a company to litigation. Read more.

Employee or Independent Contractor: Are You Classifying Employees Correctly?

Employee "misclassification" is in the news and on the radar of law enforcement agencies. As the New York Times recently reported, federal and state officials are increasing their focus on businesses that "misclassify" employees as "independent contractors." Read more.