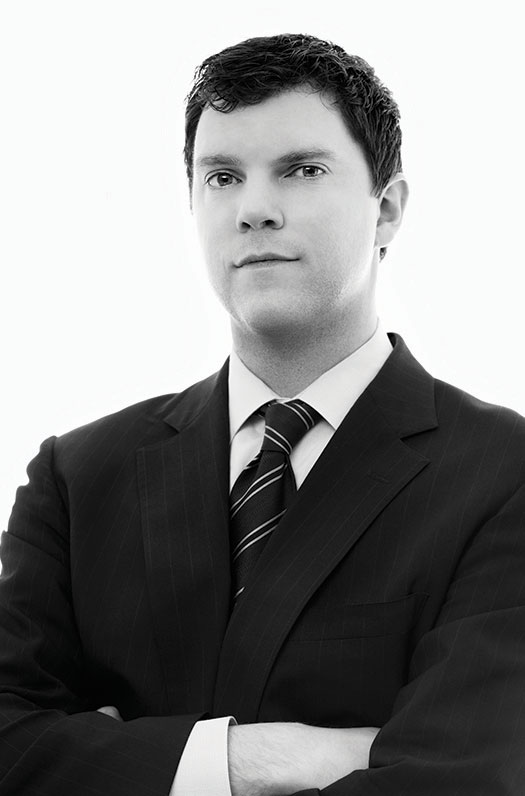 Christopher R. Chase is a partner at Frankfurt Kurnit where he practices intellectual property, advertising, sports, and entertainment law. Super Lawyers magazine named him a 2019 Super Lawyer in media and advertising.

Additionally, he works with numerous clients in the sports industry, including counseling major sports leagues on branded entertainment, intellectual property, and promotional matters; advising both sponsors and properties on the structure and negotiation of sponsorship and endorsement arrangements; counseling agency clients that activate sponsors’ marketing campaigns; advising major sports apparel, footwear and fitness companies on marketing campaigns and IP matters; and advising soccer players on transfer agreements. Mr. Chase has been quoted in Sports Business Journal, The New York Times, The Washington Post, USA Today, and The Associated Press on various legal issues and is a founder of the firm’s Sports Law Group.

Mr. Chase’s practice also includes counseling entertainment, advertising, sports, media, and fashion industry clients on the clearance, selection, maintenance, and enforcement of trademarks worldwide, as well as prosecuting trademark applications before the U.S. Patent and Trademark Office and participating in actions before the Trademark Trial and Appeal Board.

Mr. Chase is also an accomplished author. His publications include "To Shred or Not To Shred: Document Destruction Policies and the Federal Obstruction of Justice Statutes," which was cited by Chief Justice Rehnquist in the Supreme Court's seminal Arthur Andersen v. United States decision (544 U.S. 696 (2005)), "A Moral Dilemma: Morals Clauses in Endorsement Contracts", which appeared in Sports Litigation Alert (Volume 6, Issue 6, April 10, 2009), and "Fighting for What’s Left of Exclusivity: Strategies To Protect the Exclusivity of Sponsors in the Sports Industry," which appeared in the August 2010 issue of the Journal of Sponsorship. Mr. Chase is an adjunct professor at Fordham University School of Law and the Parsons New School of Design. He is admitted to practice in New York.

The Legal 500 for Marketing and Advertising

Christopher R. Chase speaks during the LawInSport webinar: “Is the IOC's Rule 40 for Athletes Justified and Proportionate?”

Christopher R. Chase presents "19 for ‘19" a CLE reviewing 19 significant legal issues for the sports marketing and media industry that arose in 2019 — with a look ahead to what’s in store for 2020. Register here.

Christopher R. Chase presents “18 for '18” a CLE reviewing 18 significant legal issues from the sports marketing and media industry that arose in 2018 — with a look ahead to what’s in store for 2019.

Christopher R. Chase moderates roundtables on Legal Issues in Sports Marketing and Media for PLI, he discusses “The Big Event: Considerations for Sports Properties and Sponsors” and “The Athlete as a Brand – Going Beyond Endorsements.”

Christopher R. Chase will lecture at NYU’s Tisch Institute for Sports Management, Media, and Business on the topic of ambush marketing.

Christopher R. Chase is part of a panel at NYU's Tisch Institute for Sports Management, Media, and Business where he will discuss commercial issues in the upcoming Winter Olympics.

Christopher R. Chase participates in a roundtable discussion on "Futureproofing Sponsorship Agreements" with Alex Kelham of Lewis Silkin in London.

Legal questions confronting in house marketing lawyers rarely elicit simple "yes" or "no" answers. (If only they did!)  More often than not — to the consternation of clients working on tight deadlines — the answer is "maybe" or "it depends" or "there's a risk."  How do you help your marketing clients evaluate the risks and weigh them against potential rewards? Read more.

Christopher R. Chase speaks on “The Use of Trademarks in Comparative Advertising Campaigns” at the INTA annual conference in Barcelona, Spain.

NYU Law: The Evolution of Intellectual Property As a Key Value Driver in Sports

Christopher R. Chase speaks at NYU Law’s Sports Law Colloquium on April 14th, on the topic of “The Evolution of Intellectual Property As a Key Value Driver in Sports.”

Advertising law is changing all the time. There are changes from regulators, self-regulators and unions. Changes from social platforms and review sites. Changes from privacy and data security czars. Changes from courts and bar committees. To clear your campaigns with confidence, you need to stay ahead of the changes. Read more.

Stars In Our Eyes: Negotiating Celebrity Talent Agreements for 2020

Chris Chase speaks at the ANA Advertising Law and Policy Conference in Chicago on the panel “Stars In Our Eyes: Negotiating Celebrity Talent Agreements for 2020” with counsel from American Express, David + Goliath, and Dunkin’ Donuts.

Christopher Chase speaks at the Fordham Law Entertainment Law Symposium on March 4, 2016 where he will address new sources of revenue for recording artists.

All the Licenses You Will Encounter as an IP Attorney

Christopher Chase speaks on, "All the Licenses You Will Encounter as an IP Attorney" for the NYIPLA.

Events like the Olympics, FIFA World Cup, and Super Bowl also feature competition among brand marketers and rights holders - specifically, the high-stakes battles between non-sponsoring brands and official event sponsors. How can brands reference these events? What event symbols may marketers safely use without permission? Read more.

Preparing for the Runway

Christopher Chase presents the CLE "Preparing for the Runway" at the New York City Bar Association.

Christopher Chase is part of the “Athletes, Attorneys and the NFL (New-Fangled Licensing)” panel at the NYSBA’s Entertainment, Arts and Sports Law Section Annual Meeting.

Christopher Chase and Hannah Taylor present an update on advertising law to members of the Government & Legal Affairs Council.

Ad Law 101: Clearance Issues Every Marketer Should Think About

Christopher Chase speaks on “Adjusting Your Advertising Campaign for the International Stage” at the "PLI Hot Topics in Advertising Law" conference in New York City.

Rachel Santori moderates a panel on trademarks and the new gTLDs and Christopher Chase speaks on a panel about trademark issues in advertising at the New York City Bar Trademark Symposium.

Christopher Chase speaks on the panel "Branding the Athlete" at the Variety Sports Entertainment Summit.

Protecting Athletes’ Trademark Rights and How to Stop the ‘Linsanity’ – a U.S. Perspective

Christopher Chase speaks on a panel at Fordham on Fashion Law.

Christopher Chase speaks about morals and disparagement clauses in endorsement agreements at the University of Texas' Sports and Entertainment Law Conference.

Christopher Chase speaks on a New York County Lawyer’s Association panel on trademark, right of publicity, and other IP rights of sports stars at the NYCLA's headquarters.

Sports Law in 2020 - Key Issues to Watch in North America

LawInSport included Christopher R. Chase’s overview on what he foresees to be the top sports law issues in 2020. Mr. Chase notes the IOC & USPOC athletic sponsorship guidelines and non-tradition sponsors in sport. (Behind paywall) View Article

Here’s what’s happening at the intersection of sports, marketing, and entertainment law as we leave Summer. Read more.

LawInSport mentions Christopher R. Chase and his speaking engagement on creating & managing data and sports marketing agreements at the 5th annual conference – Understand the Rules of the Game 2019 in London. View Article

Here’s what’s happening at the intersection of sports, marketing, and entertainment law as Summer rolls along. Read more.

Here’s what’s happening at the intersection of sports, marketing, and entertainment law as we hit Spring. Read more.

Here’s what’s happening at the intersection of sports, marketing, and entertainment law as we kick off 2019. Read more.

Here's what's happening at the intersection of sports, marketing, and entertainment law as we close out the Summer. Read more.

The European Leagues legal newsletter published Christopher R. Chase’s article “How Major League Soccer’s Transfer and Acquisition Rules Affect its Standing in the International Transfer Market…to its Detriment.” Mr. Chase discusses how the Major League Soccer’s transfer rules differ from FIFA’s Rules on the Status and Transfer of Players (which are used in Europe). View Article

US World Cup Selection A Boon For Soccer Deal Attorneys

Law360 quotes Christopher Chase on the advertising benefits the 2026 World Cup will bring to the United States. View Article

Here's what's happening at the intersection of sports, marketing, and entertainment law as we head into Summer. Read more.

Fox Business spoke to Christopher R. Chase about which Olympic medalists he predicts will benefit from endorsements. View Article

Stars of the Olympics are Changing the Sponsorship Game

The LA Times and The Day quoted Christopher R. Chase on the tenor of Super Bowl LII’s advertisements. View Article

The Associated Press, ESPN, CBS News, and Sports Illustrated quoted Christopher Chase on contract issues arising from friction between an NBA star and his sponsor.

Christopher Chase's article, “Put Your Name on It: What Athletes Need to Know About Developing an Athlete-Branded Product Line” discusses issues for athletes creating a product line using their name, likeness, or trademark. View Article

Chris Chase is quoted on "ambush" marketing at the Olympics in multiple media sources across the country.  Read more.

The Associated Press quoted Chris Chase on the International Olympic Committee’s Rule 40 “waiver rules” – governing whether and how brands can advertise around the Olympic Games. View Article

Planning to Use Olympic Participants in Your Advertising?

There's important news for marketers and agencies considering the Olympic Games in Rio: the deadline for non-sponsors to request an IOC Rule 40 "waiver" is January 27, 2016. Here's a review of Rule 40 and what you need to know to keep your Olympic-themed campaigns on track. Read more.

“Defending Your Trademark” by Christopher Chase in Athletes Quarterly

Christopher Chase was a speaker at the Forbes CMO Excursion, providing legal insight and advice for marketers seeking to establish a major sports team or entertainment personality sponsorships. Video link to his talk can be found here, starting at 2:00.

Marketers: Ambush the World Cup at your Own Peril

Now that the "Big Game" is over, marketers are turning their attention to the upcoming Winter Games in Sochi, Russia. While it is tempting to comment on and associate with big worldwide events as they are happening, bear in mind that there are rights holders that enforce and protect their rights to these events. Read more.

In Wake of Scandals, Marketers Should Pay Extra Attention to Morals Clauses

In rejecting a right of publicity claim by Hebrew University of Jerusalem, which claims to control the rights to Albert Einstein, a California federal court has ruled that the common law right of publicity under New Jersey law has a maximum post-mortem duration of 50 years. Read more.

An Indiana federal court has ruled that the Indiana right of publicity statute, which has the longest post-mortem period of continuing the right of publicity, does not apply to personalities who died before 1994, the year the statute was enacted. Read more.

Fighting for What is Left of Exclusivity

The Journal of Sponsorship published Rick Kurnit and Christopher Chase's article "Strategies to Protect the Exclusivity of Sponsors in the Sports Industry". View Article

The state of Maine recently enacted the "Act to Prevent Predatory Marketing Practices Against Minors", which will restrict collection of personal information from and marketing to minors. This statute could threaten any type of promotion to minors in Maine, including sweepstakes and contests. Read more.

Seeking to grab the attention of customers and break through the clutter of everyday advertising, advertisers will often work with athletes to market their goods and services. Read more.

How the Band Protects Its Brand

IP Today published Christopher Chase's article on the use of trademarks to protect and promote musicians. View Article

What’s in a Name?

To Shred or Not to Shred: Document Retention Policies and Federal Obstruction of Justice Statutes