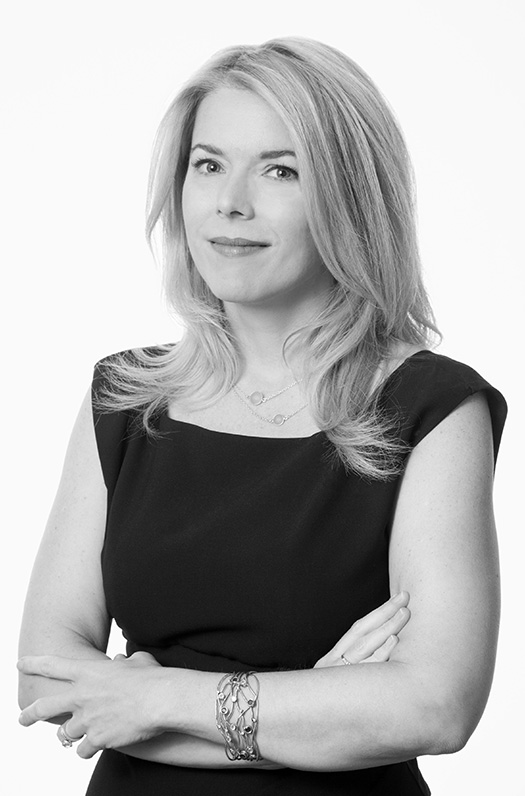 Catherine M.C. Farrelly, formerly Catherine M. Clayton, is a partner and Chair of the Trademark & Brand Management Group and is also a member of the firm’s Litigation Group.

Ms. Farrelly is an internationally recognized leader in the field of trademark law who advises some of the world’s leading brands on intellectual property matters. She helps her clients plan strategies, manage trademark portfolios, and protect trademarks and other IP in the US and world markets. She represents well-known companies in a variety of industries, including entertainment, finance, sports, cosmetics, toys, beverages, publishing and real estate.

Ms. Farrelly has focused on trademark and copyright law for 20 years, and regularly provides clients with strategic advice regarding the availability, validity and enforceability of trademarks. She also has significant experience preventing the unauthorized use of trademarks and copyrights through litigation, arbitration and negotiation.

In addition to representing clients in federal court and before the Trademark Trial and Appeal Board, Ms. Farrelly helps clients establish, maintain and grow domestic and international trademark portfolios. She negotiates and structures trademark and copyright licenses and assignments; regularly shuts down on-line auctions of infringing goods and false advertising on social media platforms; and resolves domain name disputes through negotiation, federal court litigation, and arbitration under the Uniform Domain Name Dispute Resolution Policy.

Named one of the “World’s Leading Trademark Professionals” by World Trademark Review, Ms. Farrelly is recognized by Chambers USA America’s Leading Lawyers for Business, Best Lawyers in America, and Super Lawyers magazine for her intellectual property work. She also has been identified as a top IP lawyer by BTI and is named to the Irish Legal 100, which honors distinguished legal professionals of Irish heritage.

Ms. Farrelly is an Advisory Board Member for the University of Pennsylvania Law School, Detkin Intellectual Property and Technology Legal Clinic, a member of the International Trademark Association (“INTA”) and its Trademark Office Practices Committee, MARQUES, where she is a member of the Brands and Marketing Team, the Copyright Society, the New York Intellectual Property Law Association, and the New York State Bar Association. She writes and speaks frequently on hot topics in intellectual property law, and has been published in the New York Law Journal, among other publications. Ms. Farrelly is admitted to practice in New York, the United States District Court for the Southern District of New York, the United States District Court for the Eastern District of New York, and the United States Supreme Court.

Prior to joining Frankfurt Kurnit, Ms. Farrelly was a partner with Gibbons P.C. and was associated with Paul, Hastings, Janofsky & Walker LLP and Pennie & Edmonds LLP. She has lived in the U.S., England, France, the Netherlands, the Bahamas and Saudi Arabia.

New York-area "Super Lawyer" in the field of Intellectual Property

The Best of 2021: Trademark Decisions Practitioners Should Know About

Join Kimberly Maynard, leading a discussion with Catherine Farrelly, Rachel Santori, Julie Amadeo, and Kristina D’Angelo of significant 2021 trademark decisions from the Federal Courts and the Trademark Trial and Appeal Board that trademark practitioners should know about. Read more.

Beginning in December 2021, the Director of the USPTO and brand owners alike will be able to initiate the new ex parte reexamination and expungement proceedings authorized by the Trademark Modernization Act of 2020. Join us for a conversation about those proceedings, the final rulemaking recently released by the USPTO, and the impact on brand owners. Read more.

Putting 2020 Behind Us: Lessons from Ten Important Trademark Decisions of the Year

2020 was a big year for trademarks. Join Catherine Farrelly, Kimberly Maynard, and Rachel Santori for a discussion of ten important trademark decisions from the Federal Courts and the Trademark Trial and Appeal Board covering the unlawful use doctrine, color marks, parody and the First Amendment, standing, laches, and more. Read more.

2020 has left its mark on everyone, everywhere. Brands are no exception. Join Catherine Farrelly and Kimberly Maynard as they reflect on the developments in trademark law and brand positioning that 2020 has brought. Read more.

Catherine Farrelly speaks before the Non-Traditional Trademarks Committee about protecting color as a trademark at the International Trademark Association’s Leadership Meeting.

Virtual Round Table: Brands in a Time of Crisis

Catherine Farrelly presents “Brands in a Time of Crisis” during a Marques virtual discussion.

Protecting Your Brand During a Pandemic

Protecting your brand and reputation is always important. But when a pandemic makes compliance with use and filing deadlines impossible, cancels licensing opportunities, and all but closes the courts -- how do you inoculate your most valuable assets against harm? Listen as two of the country’s leading trademark and brand management lawyers provide tips for brand stewards managing in a time of crisis. Read more.

Catherine Farrelly is on the IP and New Media panel during the New York State Bar Association's Annual Meeting.

Catherine Farrelly speaks on “Building a Game as a Brand” at the Game Technology Law Conference in Seattle, WA on October 13, 2016.

Catherine Farrelly hosts an INTA Roundtable on "Tips and Tools to Manage Trademark Projects" here in our boardroom.

Bloomberg Law quotes Catherine Farrelly on trademarks that include both a geographic descriptor and a generic term. View Article

Frankfurt Kurnit is included in World Trademark Review 1000 – The World’s Leading Trademark Professionals for 2021. WTR says, “Frankfurt Kurnit has a fine-grained understanding of the intricacies of complex brand-related matters in the media, entertainment and advertising space, and a well-developed prosecution, enforcement and licensing toolkit to keep companies – especially those whose business success depends on strong brands – in the best possible shape.” Read more.

The U.S. Patent and Trademark Office (“USPTO”) is the subject of some new and sophisticated email rackets. Read more.

The Irish Legal 100 named Catherine Farrelly and Sean Kane to their list for 2020. View Article

Virtual Round Table: Brands in a Time of Crisis

Catherine Farrelly spoke during the “Brands in a Time of Crisis” Marques virtual discussion. Watch to the virtual round table on the MARQUES website. (free to members; €50 for non-members) View Article

The USPTO’s COVID-19 Extensions of Time: What Trademark Attorneys and Brand Owners Need to Know

The United States Patent and Trademark Office has responded to the COVID-19 pandemic by allowing trademark applicants and owners to extend certain deadlines falling between March 27th and May 31, 2020 until June 1, 2020. Read more.

Game of Trademarks: How ‘Thrones’ Shields its Brand

Bloomberg BNA spotlights Catherine Farrelly as the lawyer behind Hasbro Inc.’s successful registration of the iconic Play-Doh scent. The article notes that “scents are the rarest” non-traditional trademarks to register.

Law360 lists Catherine Farrelly as counsel to Hasbro who was granted a trademark registration for the smell of Play-Doh by the U.S. Patent and Trademark Office. (Behind paywall) View Article

Catherine Farrelly on the Benefits of INTA Membership

The International Trademark Association interviewed Catherine Farrelly on the benefits of having an INTA membership.  View Article

Law360 mentioned Catherine Farrelly as the lawyer for the Vegas Golden Knights. The article discussed the U.S. Patent and Trademark Office’s approval of trademark registrations for the National Hockey League’s newest franchise. (Article behind a paywall) View Article

IPWatchdog interviewed Catherine Farrelly about why Gene Simmons’ trademark application for a hand gesture was likely to fail. View Article

Gene Simmons Comes to his Senses

Consequence of Sound quoted Catherine Farrelly on why Gene Simmons may have withdrawn his “horns” trademark application. View Article

Broadcasting & Cable quoted Catherine Farrelly on whether the Washington Redskins trademarks could be reinstated under the recent Supreme Court decision in Matal v. Tam. View Article

On June 19, 2017, the Supreme Court unanimously ruled in Matal v. Tam that Section 2(a) of the Lanham Act, which prohibits the federal registration of disparaging trademarks, is unconstitutional because it violates "a bedrock First Amendment principle: Speech may not be banned on the ground that it expresses ideas that offend." Read more.

Law360 quoted Catherine Farrelly on Hasbro’s efforts to acquire a trademark for the scent of Play-Doh. The New York Times picked up Law360' s coverage of the Play-Doh mark in its 13 Great Stories That Have Nothing to Do With Politics column here. View Article

A chef who created a cake for President Obama's inauguration in 2013 recently tweeted a photograph showing two cakes. According to the chef, one was created for the Obama inauguration and the other was for an inaugural ball for President Trump. The Trump cake baker apparently admitted copying the Obama cake design (and stated the proceeds would be donated to a charity). So among the many legal questions raised by the new Trump administration, there lies an interesting IP question: can a baker, chef or restaurateur use intellectual property law to protect a cake or pastry design? Read more.

Ten Resolutions for a Happy and Healthy Trademark Portfolio

Here are our top ten resolutions to ensure your trademark portfolio is happy and healthy.  Read more.

Get Ready for New Trademark Trial and Appeal Board Rules

The Trademark Trial and Appeal Board (the "Board") has announced a number of changes to the Trademark Rules of Practice, to take effect on January 14, 2017. Read more.

Thinking of Licensing Your Brand Abroad?

Licensing a trademark abroad - for manufacture or distribution of goods or services - is not easy.  Read more.

Will Brexit Impact my Trademark Rights in Europe?

Rest easy, trademark owners! While the UK has voted to leave the European Union, it is expected to take at least two years for that to occur. Here is what trademark owners need to know. Read more.

Catherine Farrelly was quoted by the New York Daily News on the creation of Oprah's own food label.  View Article

Federal Court Rules that Ban on Offensive Trademarks is Unconstitutional

Here's some big news for anyone who owns -- or is contemplating registration of -- a trademark that may offend certain audiences. The Federal Circuit Court of Appeals ruled on December 22nd that a law banning the registration of disparaging trademarks is unconstitutional. Read more.

Here is some big news for trademark owners: Earlier this month, the United States Patent and Trademark Office ("USPTO") began a pilot program to allow owners of registered trademarks to update their registrations to reflect changes to their products made as a result of technological advances. Read more.

Catherine Farrelly was quoted by Law360 in reaction to the U.S. Supreme Court ruling stating that federal court decisions on “likelihood of confusion” can be precluded by earlier findings on the same issue from the Trademark Trial and Appeal Board.

Opening Up IP in Cuba: Get Your Trademarks in Line

Protect Your Trademarks in Cuba Now

With President Obama's December 17, 2014 announcement of the reestablishment of diplomatic relations with Cuba, a number of travel and trade restrictions with Cuba have been lifted, with more expected to follow. Read more.